Recently, it was exposed that Thomas Cheung, a popular video game influencer and employee of Hi-Rez Studios, makers of SMITE, Paladins and Realm Royale, was arrested in Operation Interception. Operation Interception was a sting, much like the Chris Hansen “To Catch a Predator” series, where suspects were caught soliciting sex from a minor. While innocent until proven guilty, the allegations and the evidence presented so far are very serious.

Of course, sadly in our society, this isn’t a once off situation. These busts occur frequently and the work of our officers and legal system work diligently to protect society from this kind of harm. What makes this situation relevant to the gaming community is that Elvinelol was a popular influencer, affiliated with many gaming brands and ran the local Twitch Atlanta Community (not affiliated with Twitch). He attended gaming conventions where attendees of all ages gather to celebrate gaming.

He wasn’t a nobody, but a deeply ingrained influencer in the gaming community. Haunting such locales as Battle and Brew with Hi-Rez staff or engaging with gamers over Twitch and social media, he was very popular in the communities that he was entwined with.

This is why this is such a serious matter, because the allegations combined with someone who has unfettered access to gamers both young and old makes us really take a moment to think about trust, trust we place not only with major corporations that provide entertainment and arrange meetups like EVE Fanfest and the Smite Championships, but also the trust that we place in influencers who are more random than Uber Drivers but can show up on our monitors each night as they share their lives with us.

That’s why to me it’s important that the information is rapidly distributed for a myriad of reasons:

Every brand associated with Elvinelol rapidly went into action to condemn the behavior reported by local news and the GBI press release and acknowledge he no longer represents their brand, with Hi-Rez, his current active employer, going a step further making the note that he is no longer employed. One exception is CCPDiscord, an alleged employee of CCP Games and designer working on EVE Valkyrie posted the following on Twitter:

First, how do we know that these companies didn’t have anything to do with his freakishness without… asking? The second, and this is important, why was one of our employees here called a “dirty git” by an alleged employee of CCP Games? Third, why say “his freakishness” as if this is someone’s fetish, not a crime against children.

This situation needs people to rally not around the individual nor what he was alleged to do, but instead rally around the idea that we place a lot of trust in these influencers, both those who are random Twitch streamers and those who are the voices of corporate social media accounts. This should work to grow the community and empower it, not be something that brings video game company employees to slinging toxicity on Twitch and marketing departments to panic “what about our perception” vs. “what can we do to improve and elevate our community from this situation.”

See the conversation between a Humble Bundle marketing and Omeed, of OP Group, an influencer marketing/agency firm.

“I don’t want us associated with that at all,” from a marketing professional from Humble Bundle, is a great statement and I don’t think anyone would disagree with it, but at the same time is that the right question? No one is assumes that a Wal-Mart employee arrested for Meth would mean that Wal-Mart was complicit with those actions, especially when there is no evidence to the contrary. One could make the judgement call that Wal-Mart could have done a deeper background check, but if nothing was on paper for them to find, then what can they do but distance themselves?

Omeed’s advice here is prudent and true, but at the same time, is it enough?

Which is why I think it’s important instead of worrying about the impact to a brand, that people focus on the idea that maybe it’s time for gaming to grow up a little bit and demand more from those that we allow our children to interact with and watch online. I think it’s a great time to really dig deep and begin asking gaming studios if they have or if they intend to build internal controls to prevent abuse. I think it’s time to challenge Twitch to do more.

What is that more?

That’s not for one person like me to decide, but I think more can be done than calling someone a “dirty git” or worrying about the brand damage from a Twitter profile.

That’s why I would encourage you, the reader, to consider for a moment how many people you watch on YouTube or Twitch and what do you really know about them? Do you know how your information is protected by these corporations and if you’re a parent, how secure is your child’s information?

Otherwise, when fear of brand damage drives us to ignore the consequences of the power that influencers have, then it might not be a police officer waiting for them, but it could be your cousin, niece, nephew, son, daughter or best friend’s pride and joy.

Let me leave you with this Tweet, from barely a week ago as of publishing from Elvinelol. 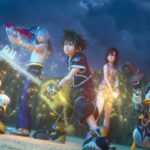 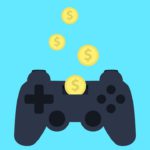