Games are Really Easy now… and That is a Good Thing

There was once a time when you had to truly defeat a video game. Rather it was Super Mario Brothers or Doom, these games offered such insurmountable challenges that it was as if the bits of software were maliciously sentient. Now, however, there is a stark contrast. But, don’t worry. Things have definitely changed over the years, but they have changed for the better.

Within the ages of Atari, NES, SNES, PlayStation, and Xbox, games were simply different. Games were not as long. With only a few hours worth of content programmed into each piece of software, video game developers were met with a unified issue. Players were finishing their games far too quickly. This may not immediately seem like an issue. After all, time spent does not inherently equal money well spent. However, there is an underlying issue with players finishing their games too early.

Since the earliest days of video games, players have been looking to get the most bang for their buck. While game prices are pretty securely unified today, there was a time when video game publishers were experimenting with price points. Consequently, players were once constantly reminded to consider if each title were worth their seemingly arbitrary price points. Rather than simply accept $60 as the price of a new AAA game title, players had to analyze each and every title’s price.

In order to tout their software products as premium experiences, publishers quickly became interested in advertising their games as lengthier encounters. However, resources for video game development were still limited. Games needed to be longer, in order to draw in more attention from players. However, games still needed to remain relatively cheap to make. Enter in meatier difficulties.

Rather than add extra levels or boss fights to video games, developers began increasing the difficulty of each already designed level and enemy battle. Games such as Crash Bandicoot and Super Mario Brothers capitalized on this tactic. Each title offered hours upon hours of gameplay, despite there being a limited amount of original content within each title. Keep in mind, there were many years between these two titles. Yet, the strategy remained the same.

The development practice quickly caught on, creating a much more skilled and vigilant player base. Consequently, games continued to rise in difficulty in order to keep up with the modern gamer. Luckily, as the gaming industry grew, developers were eventually able to make more and more content for their titles. However, the well established practice of crafting brutally difficult playing experiences remained.

As PlayStation 2 and Xbox consoles began hitting the store shelves, video games entered a somewhat awkward phase. The games being provided often offered five to ten hours of gameplay on their own, seemingly chunky playing experiences in and of themselves. But, these titles were sometimes being bloated by another 25 or 50 percent due to tasking difficulties.

Games such as Kingdom Hearts suffered from clunky controls and awkwardly unchangeable camera angles, each artificially affecting the difficulty of the playing experience. As games such as these became increasingly longer and consistently difficult, players such as myself quickly became fatigued. Enter in the next console generation.

With the implementation of the next console generation, being the PlayStation 3 and the Xbox 360, games began to really change. Shifting to high definition and a larger focus on multiplayer experience, video games began to enter AAA territory.

With the increased horsepower of the new consoles and the rise of high definition televisions, games began to feature entirely new levels of storytelling. No longer restrained by many of the hardware limitations of older consoles and outdated technologies, video game developers began focusing on storytelling rather than level difficulty design and tiring boss battles. Better yet, games no longer needed to be made longer.

With the rise of online multiplayer during this console generation, game developers began dropping off the already archaic practice of artificial and in-game difficulty challenges. Games were now able to offer unlimited player experiences via online multiplayer. Consequently, publishers began marketing their video games based on campaign story telling and multiplayer competitiveness.

Teams of people that have never played the hyper difficult games of ages past were then trying out gaming for the first time. With the implementation of the PlayStation 4 and the Xbox One, gaming developers quickly began making games easier than ever in order to cater to his larger demographic of new gamers.

Sure, you have lost your bragging rights. Breezing through Call of Duty’s latest single player campaign is no difficult task. It’s not the same as being the only kid on your corner to have actually finished that final Crash Bandicoot level or to have gotten that high score in Tetris. Simply put, things have changed. But, things really have changed for the better.

Imagine, if only briefly, video games as simple novels. If a writer is looking to craft an emotionally and intellectually engaging story, they would not wish to add in the maximum number of esoteric and multi-syllabic words simply to confuse and slow down the reader. Making the book more difficult to read would not inherently increase the quality of the reading experience. In fact, it would dissuade many readers from ever finishing the otherwise beautiful novel.

Now that games have reached a level of technological sophistication, video game developers are able to offer truly moving experiences. They are now longer just games. They are truly engaging experiences for people of all ages. Sure, there is nothing inherently incorrect about difficult experiences. Look to From Software, the team behind the Dark Souls and Bloodborn series.

These games have garnered cult followings within the modern gaming community. Difficult games still have purpose within the culture. However, we have reached a point within the medium where overwhelming difficulty is no longer a necessity.

Video games are easier now. But, they are more sophisticated and well crafted than ever before. Don’t be afraid to hit that easy mode option. You aren’t less of a gamer. You don’t have to play on hard mode. You don’t have to punish yourself. Video games are different now. It’s okay. Put that high score mentality to rest and give these easy games a chance to change your mind. 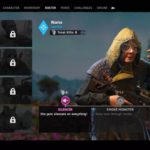 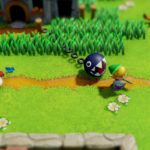