Just for fun we’re taking a look at ranking the best Squid Game game based on your chances to survive each round. We’re taking a lot of liberties here and doing this just for fun, understanding that such a thing would be silly to theorize in real life as no one would be able to keep such a massive undertaking secret in a world where it’s hard enough to keep your accounts secure.

So let’s face it – no one is going to do any real death games, it’s fun to think about them or even play them online. Check out our list of squid games that you can play today. Now on to our list, ranking the different Squid Games by how well you could survive each game.

Leaving and not coming back is basically the #1 thing you could do to win Squid Game. Really not even playing is the way to win, letting some stranger slap you for the chance to win some influencer like game of hidden camera is silly. Just not something you should get into in the first place.

Oh and this is a game too, mind you. The voting and leaving is to me, effectively, a mini game. Getting everyone to vote to leave is part of the game. Think about Among Us right. Except there is no traitor. At the team call you’re asking everyone to vote to disembark the ship. That’s all there is to it. So I consider it a game and the best one to play to survive.

This one is pretty easy to win. Move quickly, but take your time to stop, especially if you know how the song normally plays in Korean (so you know when to stop). Don’t get behind anyone else, since that’s just something to trip you over. Stand in a firm stance that you can easily maintain for a few seconds.

This one is the easiest to make through with zero gimmicks as long as you follow the rules.

This one is a fair honest game and while presented as a much harder game at first; it’s actually a much easier game if you lick the back of the candy freeing the center piece (the thinner candy melts faster). While there’s some chance here, you’ve got a good chance to live if you remain calm.

This is one is so easy, if you get to glass bridge you’ve automatically are getting out of Squid Game because the majority clause is definitely coming into play. People will literally just not go across the bridge and it’s going to go down to a vote.

If you somehow made it to glass bridge with say 50 people, then the chances of making it are pretty high if you pulled an earlier number and for some reason, people were being tossed on the glass or again no one is going to willingly just jump to their death right.

No point in even trying to guess if you can or can’t survive this. It’s all on everyone around you. If they’re cool, you’re cool. If they ain’t, you ain’t.

Literal 50:50 games of chance, there is no point in participating and everyone should just choose to vote out here just because the odds aren’t good. Like you have to throw 50:50 odds 3 times in a row plus win the other challenges to get the cash. No way people would collectively agree to it, although some may.

The game in Z tier are there just because they’re bad for a death game that lets you vote out, but not glass bridge bad. Glass bridge is a situation where if there’s 100 people left and these people are all gang violence ready then there wouldn’t be any reason for the majority to vote out. Game Theory goes over this really well. If 12 are going to perish and there’s 100 in the game, well, you know I mean that’s just unfair luck.

Tug of War, Marbles and the literal Squid Game are 50:50 games which means that there is a culling of half the players. If you started with 1000 players and then played 3 50:50 games in a row, you would have:

Having 3 50:50 cullings means that no more than 125 players in a 1000 player game have a chance at winning the game, which means that the majority should at any given time vote out. The odds just aren’t fair.

Hope you had fun looking at Squid Game from a gamers point of view! We had fun putting this together for you. 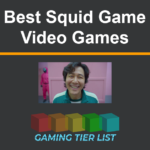 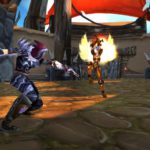