Veteran Internet users know of the turbulent time when Activision bought Blizzard and the gaming community exploded with anger. Of course, this wasn’t the first sell of Blizzard… the gaming company had previously been acquired by Vivendi, Sierra-Online (via CUC) and Davidson & Associates just to sort of measure out a few. Blizzard had a long history with Vivendi and that spree of 1998 to 2008 was pretty much considered their golden years.

So, with that said, with all the problems the 2020s have brought Blizzard, what is the solution to their woes? Go back to their glory years where WoW released, Diablo released, StarCraft and StarCraft 2 released, etc.

Let’s set something straight, Diablo is actually a Condor Games game. Blizzard bought another studio, renamed them Blizzard North and they worked independently from Blizzard. The last thing they produced was in 2001 which was Lord of Destruction for D2. After that they were merged with “Blizzard South” or original Blizzard by Vivendi. That studio’s staff have mostly gone on to work on separate projects, like Torchlight and Path of Exile.

Vivendi was extremely hands off, from my experience at the time and from my discussions with the staff at various BlizzCon in 2006~2007. The expectation was for them to sell the games they developed and get a return on investment, which they did and that was great. Well WoW was such a huge success the big pockets of Activision came in 2008 and purchased Blizzard, becoming Activision Blizzard as a sign of good faith. Promises were made that this wasn’t a big deal or anything and that Blizzard would keep independent control.

That was a lie.

In the past what 14 years since that sale we’ve watched that freedom shed away year after year. The company has been beleaguered with scandals, abuse allegations and recent lawsuits on just employee conduct alone. In addition, Activision’s control has resulted in what were niche games being forced to have mass market appeal, alienating fans who are now watching other power houses like Epic Games (Fortnite) and Square-Enix (FFXIV) explode in popularity.

Freedom is the Only Solution

The company breaking free of Activision and gaining independent control would allow the employees to regain control of the passion behind the projects the company is working on. It would bring about the ability for the ones developing the games to bring back their own self administration of their vision and focus less on producing maximum profits from the fans and instead going back to what they’ve done best: make great games.

Naturally, that isn’t as easy as it used to be. Activision Blizzard as a company was a commitment that eventually became an inseparable bond for the two companies. While the development studios may be different, the company is all one in the same.

So, that means the studios and the properties they develop may need to find new owners and Blizzard and the ips that Blizzard used to maintain may need to move to new stewards.

World of Warcraft is a big product and it’s a big deal still, even with all the scandal, it is still a powerhouse and an attractive target for someone to come in, snag the IP and develop it in a new direction. To purchase WoW would be a big move and something that Activision might consider now that they’re beleaguered with the poor image of raunchy BlizzCons.

Tencent: Probably would pour a ton of money into the game and make it a large success.

NetEase: Development in NA would probably just follow the Chinese build of the game and they’d likely move development over to China anyway. NetEase is kinda cool, Grasshopper Manufacture or Suda51’s studio, is now owned by them.

Perfect World: Likely keep the same studio in the states, would leave them alone, ultra monetize the game though.

Sony, Microsoft, EA: Nice big win for them to have a working MMO for once (EA gets to have another win). With their modern development power and ability to move cash around, I couldn’t honestly predict what would happen.

Steam, Epic: Epic already has Fortnite as its major anchor to its store app. Valve (Steam) has more than enough that it doesn’t need to buy an MMO. It could be an interesting move though as a “good faith” gesture for either one to buy WoW and “save it.”

Ubisoft and Other Smaller Studios: Their pockets probably just aren’t big enough. Ubisoft is bleeding money (although sitting on tons of cash) so it could be an interesting (again super novice opinion here) play to bring in a big money maker for them to fatten up their revenue, but like I just don’t see it happening like if they’re going to sell Blizzard IPs off, people gonna bid and it’s going to be the big dogs who are going to bid to win unless it’s some kind of face saving gesture with say Valve to take stewardship of the game or something like that.

You know, I sort of just gave you what I thought but this is all theorycrafting. I think we all want a better WoW, so why don’t you give me your thoughts on how we can improve WoW in the comments below.

Interested in what else we have to say on our site? Check out our site map. 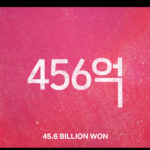 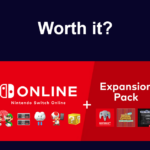