The year was circa 2002. Ragnarok Online was getting long in the tooth and I was invited into a mystical world that existed only until 2005, which was Dark Age of Camelot. The entire game itself was I would argue harder than Dark Souls. Soloing anything was next to near impossible and leveling required a group and lots of patience. FFXI, while not my cup of tea, was in many ways similar and players have similar opinions.

The point of the game, the success, came from community. Building community with like minded players who wanted to sit and chat and play a video game together was your reward. It wasn’t power. It wasn’t fame. It wasn’t prize money. It was friendship, something we’ve long long lost in online gaming.

To level, you would have to have a stereotypical archetype group of a tank, healer and DPS. The tank could only tank one enemy at a time, so everyone else had to crowd control anything that came along with the pull. Mana and health regeneration was slow and required the group to sit for five to ten minutes between fights. The point wasn’t to prove you were more patient or better at the game than others, the point was to bond while doing an activity together.

World of Warcraft, in its early years, held that camaraderie together but it gave way after the first two expansions to a game designed for a casual audience. Elite enemies, which were the beefed up unsoloable (by most) mobs and their associated quests were great XP but required you to find a group. Likewise, endgame content required a guild – not a team, but a guild to get anything done.

I want to make that distinction between guild and team. Esports is “team” based. Each member is replaceable during and between seasons, much like in sports. Players can be traded like a baseball player. Teams have managers and coaches and even low tier teams strive for that type or organization.

A guild is a band of brothers. No one is replaceable and drama is the only thing that can destroy the fibers of a guild (or the game going under). Everyone is in it together. There are often, even in the highest #1 on the server raiding guilds, “alt runs” where guild members bring friends and their alts through raids to gear up everyone, not just their mains and the “A Team.” It keeps players in reserve and it’s just, a thing they do. It’s fun to raid. It’s fun to play the game. It’s fun to do it together.

Now, in the age long past MOBAs and into whatever Fortnite is (competitive third person shooters?), we’re in a dystopian future where players are nomadic. Operating for themselves. Dreaming of those massive jackpots of money at the end of the never-ending rainbow. Yet, community is dead. Sure, old games still have players and WoW Classic has such a massive demand due to this very issue, but in the mainstream it’s dead.

Corporations and “the money” have invested into failed MMOs enough and their tolerance is dead. The thought leaders in the MMO community are so drunk off the idea of avoiding “themeparks” that every MMO idea is a great idea, with poor execution. Kickstarter has failed to bring anything that resembles the past to light and current games with online functionality nearly reward toxic behavior over getting along.

We remember the fond members of games of the past, the friendships we made and the people we held dear yet we don’t remember why or what created those scenarios. We demand dungeon finders and solo content and then whine when the game can be solo’d to the endgame with your eyes closed. The endgame has to be something you can jump into solo, no need to sit in some gate house and find a group or look for a guild that runs a 24/7 PvP group no no no, it needs to be instant gratification.

Yet, we want community while wanting the mechanics that destroy it.

When you’re on your voice box of choice screaming into the void in anger and rage, consider why before you do it next. If we ever get a chance at a new true MMO with a community first mindset, consider for a moment if dungeon finder is going to be the death of it and if you need to scream that on social media or if you should take a moment before you do and try the game and see how it is to find a group on your own.

Because, at the end of the day the golden age of MMOs was killed by demands that couldn’t be fulfilled and an army of vocal “anti-MMOers” who screamed at every game decrying it dead before it launched and refusing to give it a second chance months after launch when the game was patched.

Let’s all get along. 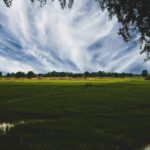 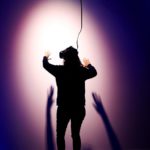