The other day my mind was racing, and somehow took me back to the days when I first owned the Nintendo Wii. It was a system sought after by so many, sold out practically everywhere since Nintendo didn’t meet supply with the insane demand for the console. The Wii was revolutionary, and I was ecstatic when my parents surprised me with one after dinner on a random evening. Naturally, the first game everyone came across on the Wii was Wii Sports, which came with the system and still holds up. Then I caught myself thinking – what if I lost this game over time? You can’t buy the single game by itself. If I lost the game, I would be without Wii Sports for the rest of my life.

Wii Sports was an incredible way to show off the Wii’s motion controls for the first time. There were many different sports to choose from, and the advancement of levels made every sport fun yet challenging in its own right. It made you want to go back for more. Taking on competition as your very own Mii was as sick as it got. It was also a blast to play against your friends and whoop up on someone on the tennis court or knock them out in the boxing ring. I boxed so much early on that my arms were sore and I would have to take it easy while my body recovered. Countless hours are spent playing Wii Sports, and it is entertaining for all ages. Just make sure to use the strap, so you don’t throw your controls through the tv.

When I was thinking back to my old Wii Sports days, a nightmare crept across my mind – holy crap, I think my brother lost our copy of the game! I haven’t played that game in years, but suddenly the potential loss was too much to handle. My brother and his college roommates are messy as all get-out, with no respect for personal property. I hit him up, asking if we still had the game. He immediately responded with a resounding yes. What a relief.

The strange thing about Wii Sports is that it didn’t come in a standard case like all other games. Instead, it came in a small, non-sturdy, paper-like case that a CD might come in. It was easier to misplace and wore down with time. I ended up putting my disk itself into an old game case that I didn’t use anymore to make it safer. I would have felt terrible if something happened to my game because it broke in the excuse of a case it came in. I would have been devastated. I’m sure this case has caused problems for several unhappy customers, I hope they were able to recover and get past the grieving stage. I am glad I am not one of them.

I can’t imagine losing Wii Sports. It is such a classic game and is irreplaceable. You can’t buy it in a store, and I honestly doubt someone would sell their copy. It is a game that you have to take care of, nurture, and tuck into bed at night. You can’t let the game out of your sight for too long. Once it is gone, it’s gone baby gone. 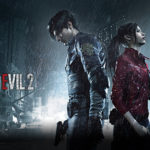 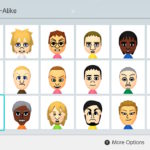