Fortnite is an example of a game that can appeal to the masses with ease. The gameplay is simple, over the shoulder FPS that’s simple to play with the only extra mechanic being building. The game updates itself roughly each quarter with some new mechanic or changes within the game and new ever existing plots and stories for players to follow. The ever snowballing amount of cosmetic choices give players the ability to be them within the game, even though millions and millions and millions worldwide are playing.

In this current landscape you have two kinds of people out there. The ones who love the game and play it frequently and you have those who resent it, for a myriad of reasons that honestly don’t matter in this context. Both camps have a lot of people in them and both have excellent reasons for their opinions.

Looking deeper than on a personal level though, Fortnite has brought in a new generation into the world of online gaming. It has expanded the amount of users who look at buying high end gaming PCs which translate into other game sales, due to the increase in PC gamers. It’s brought about the need for gaming laptops and drives innovating as demand for a Fortnite ready PC that can game as high as it can go is as persistent as Game of Throne’s ratings were.

On the other hand, Fortnite has stripped away the idea of community that previous games built up. In for instance, World of Warcraft, guilds and grouping and having friends was a major “need” in order to advance. You had to be social and participate in this online world cooperatively in order to make yourself stronger and the persistence drove a need to maintain an identity that was friendly and amicable to others, those who frequently stole or lied would often be outed and that reputation would ruin their experience.

Then, in League of Legends and other MOBAs, the formula changed, communities grew more toxic because it didn’t matter if you were good or bad, you could act however you wanted and the random matchmaker would still match you into games. If you wanted to be truly great at the game though, you still needed a party of four others who knew how you played and you knew how they played in order to excel in the competitive aspects. That bit of community held together, until Fortnite and the “battle royale” style matured.

Now, there isn’t much need to speak to others or have a frequent partner, unless you play in a specific mode. There is no need to have a strong identity or be a known quantity. While you fight 99 other players, the only problem is how well you do and how long you live compared to the rest. This results in very selfish behavior and rightfully so, in the arena of gladiatorial combat you need to truly take care of yourself first.

Yet, as loneliness continues to grow as an epidemic and the Internet looked to as a solution in this modern society, we can also look to it as a cause. We’ve pushed so far from the golden age of community into this one directional world where we consume, but don’t contribute. Social Media, a battle royale of sorts of communication, sits now as the major source of game community for games like Fortnite, where players go to videos and tweets and FB posts to talk to others about the game, while the game itself remains mostly quietly and is no longer that drive for making friends.

Yet, Fortnite is keeping gaming alive and well. It’s bringing in new players who explore past it’s colorful world into other titles with their computers, so we can’t blindly hate it for what it has done, but we can definitely question what it is and hope that we will at some point find that same closeness and camaraderie that came in games like World of Warcraft: Classic returns in some form or another.

Till then, I will continue to hope. 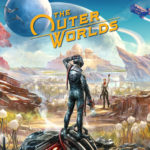 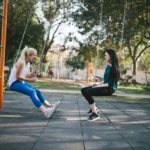 Games Journalism is Evolving Back to the Community