Fortnite can surprise you with some really interesting community building mechanics. Here’s the lowdown on the season 11 transition: the last season and full “chapter” ended and the entire Fortnite map was destroyed with everyone falling into the black hole. The black hole has some numbers, which was solved and means “I was not alone. Others were outside the loop. This was not calculated. The nothing is inevitable.” When the servers come up, there will be a new map and a lot of fresh new content in the game.

This is actually a really awesome event because it’s driving community growth. Pulling players together to work on the puzzle really builds outside the game community development. Even with the leak making the solution easier, it still brought folks together and was still a great idea. The downtime also allows players to resolve some fatigue in the game and get excited for it to start again. It’s not super original, EVE Online did something similar.

See in EVE Online the chat acts also as the radar, where when a ship enters or exits the zone, it is announced in the chat. In Unknown Areas, the chat only works if someone else speaks. So it’s easy to move lots of ships around without anyone knowing. The only issue is coming back out of unknown space reliably, sort of a trade-off.

Well, they enforced the same kind of chat restrictions on “nullsec” where the vast majority of PvP battles occur. This meant that ships could move around with near perfect stealth. For many, it was a situation to wait out and for others it was a golden chance to make space history.

Fortnite is taking a similar approach, a limited time event that restricts gameplay and I think it’s great. Players of Fortnite are wanting to play more than ever, reducing game fatigue and as I previously said, it’s bringing players together outside the game and building community which is a huge win.

That’s not to say every game can pull this off. Only something with a fanbase like Fortnight. If another game tried the exact same approach then it would likely be met with players going to the nearest competitor whereas Fortnite fans are loyal enough to continue forward.

Of course, it’s also kind of frustrating that players can’t play the game they want to play, especially on a weekend. Having game downtime means that players can’t play and that can suck for those who are really anticipating playing. I of course believe that it’s good for a game to actually make players take a break and have some time off, but I can also see the frustration for those who would really like to play.

It does give some players an excuse to play something else as well, which can impact the total number of Fortnite players. Of course I fully expect most players to return to Fortnite when they’re ready and it’s all the better for that because if someone wants to take a break they should be allowed to – no need to force or demand people to have fun in one specific way or another.

Could it be improved?

I think so, I think there is room to improve on it. For instance, having a timer to set expectations of how long it’s going to last. Provide a deeper “arg” or puzzle and avoid leaks for the story. Having a daily puzzle that players can pull together into something bigger would be neat too, something to keep the excitement going longer for the “mysterious” bits.

I also think that this is a right time / right place event. I think they should avoid just randomly doing the same anytime soon. So while this run was awesome, even wanting to test improvements, they should wait a long while before cutting the game off for days plus.

For me, I think the Black Hole and the downtime and the whole event is awesome. The negatives are easily outweighed by the positives when it comes to the community growing closer and growing while the game cultivates anticipation for the coming update. A harmless downtime that doesn’t erase or remove anything and brings about the next chapter of the game. I think it’s cool and more games should experiment with their way to change game mechanics or have short breaks between major patches / PvP seasons for short periods to break-up the game.

Fortnite isn’t afraid of change and has got the players used to the game changing rapidly. It’s amazing how fast major components can come and go and the playerbase react so positively, when say other games have had to fight and sometimes even sunset from major design changes.

I urge those nay’sayers to sit back and enjoy the view of the event. It’s something that you’re not going to see super often and the results are likely very positive, so that’s something we should all celebrate. 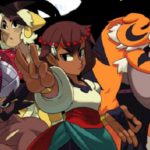 Indivisible Guide: How to Unlock Every Character