Games Journalism is Evolving Back to the Community

This is a difficult topic for me because I believe that games journalism is just such a weird thing to begin with. I’ve been writing in this industry now for over 15 years professionally, as in paid to write and it’s still hard for me to even consider myself a journalist. I’ve sourced stories, been featured on TV shows as someone who predicted World of Warcraft going free-to-play and in general have spent most of my time honestly just writing guides and covering games I liked.

Here’s the thing, people look at the folks writing about games who do present themselves as journalists and pass some interesting judgements good and bad about their content, but these days it’s actually really hard as a text based site to matter to the marketing companies that are hired by developers and publishers unless you’re the mainstream media. It started back when video was pushed as the “only viable form of Internet content” and those who ran video were given priority over those who were just text based.

Then the new thing was “streamers” and those who streamed and had audiences were preferred over media outlets, due to the fact they were considered to have more influence over a community than those who did just YouTube or were writing on a website.

Then the new thing was “influencers” and those who had large followings on social media were the answer, focusing less on a single platform and more so on the number of subscribers / followers someone had.

The cycle will continue as these marketing firms evolve their targeting and in the process these “games journalist” will continued to be seen as less and less relevant, unless they as an individual meet whatever criteria that is the flavor of the moment for “who is the best to target with our marketing strategy.” Without access to developers, events and media there is very little someone who writes for games can do to bring exclusives and interesting content to their readers.

Which, following the path of least resistance, you’ll see these journalists rely more on reporting on community news and less direct interaction with developers. Which, in this pessimistic and soured dystopian Internet we reside in, is often negative, which makes them come off as pessimistic as well with their content. People love games and don’t really care to read about the latest drama in some hole somewhere on the Internet, making the only other viable content clickbait, which is just, well clickbait.

That leaves us where we are now, where once again major gaming sites are facing extinction in a corporate growth based world. This is actually okay, because at the end of the day the best gaming news has came from communities and passionate individuals, not soulless corporate entities that are focused on growth.

There is nothing wrong with this process, trusting marketing firms to care about your existence isn’t a reliable strategy, considering they prefer rapid innovation over the slow and steady. Influencers are already being considered old news and the search is on for the next great thing to target.

So it’s less and less now someone who is dedicated to writing about games going out and getting the scoop and more about the community, collaborating and working together to report on the things that they know and pressure the development companies to talk about the things they want to hear. This is okay, since it’s sort of a regression to the way things were in the days of old where fansites were considered the most authentic source of news.

Of course, we may never see the “fansites” of old again, because there were say maybe 100,000 players of a specific game and that was considered a lot. It’s a lot easier for someone to throw a site up and pull 20,000 people into their ecosystem than it is in these modern days where games can have a million just because it’s F2P on Steam. There is a lot more games too and many of them are flashes in the pan.

My advise to games journalists out there? Become a games community cheerleader. Work more with communities. Highlight amazing mods and addons that community members are working on. Find awesome stories about what people are doing in the games and the accomplishments they make and focus less on trying to be the first to get a review out. The more you embrace the communities right now, I think, the better off it is for everyone. 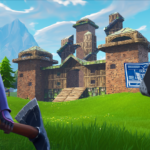 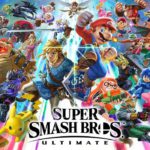