When I had cable as a young lad I would rush home and get to the television, a small heap of plastic, glass and clunky noises that was a combination VHS and TV. It was programmed to record DragonBall Z, Sailor Moon and ReBoot so that I wouldn’t have to worry about missing them when I got home from school. Both DBZ and ReBoot would often be on hiatus, meaning that there was nothing to watch and even when finished, there was still a lot of boring TV on at the time, yet there was sort of a nifty solution: TechTV

Starting in 1998 I had a chance to watch something really neat – ZDTV, which would evolve later into TechTV. TechTV was a dedicated channel to everything the Internet, gaming and technology. It was like a tech magazine turned into a real life TV show. It’s where you could find out everything, from how to build or fix a PC to how the Internet worked and what the best sites were.

There was even a show where you could call in and ask for help and listen to real PC problems be diagnosed online. The wealth of knowledge was immense for a time where streaming video was hard to decipher. TechTV lost a lot of its charm and programming later when he became G4TechTV or something G4, around 2004, but by that time streaming video was soon to come and the Internet was nearly in everyone’s homes anyway.

Now, we have YouTube, which has a variety of tech oriented video bloggers who do similar content. Like Linus Tech Tips or BitWit or GamersNexus, who show you how to build and troubleshoot PCs, go over the latest tech news and do reviews on the latest PC components. A myriad of smartphone and gadget reviewers go over almost every single gadget released. Yet, they all miss something.

They miss that sort of like, sort of, format and innocence that TechTV had. You had a lot of folks who were presenters who I don’t think knew a lot about what they were talking about or interacting with, but did a ton of research. You also had a lot of really savvy tech presenters too, like Leo, who did an excellent job explaining things. It was like the Mr. Rogers of the tech world.

It was calm, soothing, collected. The TV show format made everything a lot less a window into an influencers point of view and more like cyberpunk TV. I can’t really explain the nostalgic feeling I have for it, but no one on YouTube has captured that format, especially with the insane amount of merch and patreons and sponsors embedded in the content. It’s just, not the same.

It was sort of like daytime TV for nerds/geeks. You could zone out and watch them build a PC, fix a computer and go over some sweet new video games like The Sims. I really do miss it, although I’m sure there would be no way to remake it for the modern day full of podcasts and video blogs.

Do you miss it? Let us know your favorite moments from TechTV. 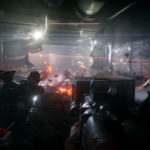 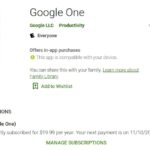