Soulja Boy had released four consoles for sale on his website which were quickly withdrawn. His original offering was part of his now defunct SouljaGame line and according to gamesradar.com included ” SouljaGame Console, SouljaGame Handheld, Retro SouljaBoy Mini, and SouljaGame Fuze” and that is a mouth full. There were questions about his plans legitimacy and it would appear the skeptics were right.

Days after releasing his consoles he had to withdraw them from the market and the speculation is that Nintendo may have issued him a cease and desist letter. This speculation arose from a now deleted tweet in which he stated:


“For anyone that thinks Nintendo is going to sue me you’re retarded. Nothings going to happen everything is legit. My console isn’t going anywhere trust me 😁 ”

Rolling Stone did multiple stories on his console releases here and here and their questions should have given him pause. If I was asked some of these questions I would be on the phone to my lawyers triple checking if I violated any law. They basically asked him twice if he was selling pirated consoles and he still denied it. They specifically asked him about the consoles being re-branded rom machines from Alibaba and he replied with:

” Honestly, I just think that when you’re coming out with a new product you’re gonna be criticized. ” – Soulja Boy,

I find it funny that Soulja Boy thought that legal issues were just people hating on him. When industry leaders point out a serious legal issue you should perhaps listen. Soulja Boy seems to be acting more like a low level scam artist than the multi-millionaire business man he actually is. I could understand if he was new to intellectual property but he must be a master of it at this point and feigning ignorance does suit him well.

He brags in his interview with Rolling Stone that he has been around the world and mentions china and a few cities in Japan as well as Dubai and Paris. He explains when he was 17 and 18 he went to china and learned that they can make everything and points out apple is made in china which is odd that he would even mention them since he is strait up copying apple air pods and the apple watch and the iPad… oh, and Beats by Dre headphones. I guess he thought since Apple didn’t move on him neither would Nintendo; however, I suspect that his tweet mentioning Nintendo probably lead to the demise of his console empire.

What is so shocking to me is that he is using shopify to run his questionable product line at SouljaWatch.com. He has the money and resources to set up his shop correctly and yet he choose a way that is meant for entry level shops or drop shipping (as you can see in the review above it is in fact drop shipping) not a millionaire celebrity launching a branded product line. I have nothing against shopify and I know they help many people reach their goals but It makes no sense when you consider they could take him down for his bootleg products.

Soulja Boy responded to his console take down with a tweet saying that he had to “boss up.” I guess he found out that Nintendo is one original gangster you don’t mess with. By claiming it was critics who were hating him he was basicly saying “dont hate the player hate the game” but in this case the game was copyrighted and Soulja Boy needs to man up not “boss up.” 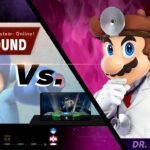 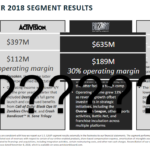