If you want a quick rundown of the endings and how to get them, please see our Endings Walkthrough and general Game Tips / Walkthrough Guide. If you need a copy of the game, its available digitally but the physical copy on the PS4/PS5 will release March 2022 and is available via pre-order via Amazon.

Heavy spoilers to follow. We’ve done a small bit of reworking after talking it out as well, so if you’ve looked before we might have some updates for you.

The entity known as Glitchtrap is the soul of William Afton that appeared in the beta test of FNAF Help Wanted, likely through the scanning of old circuit boards. Tape Girl found and split the code between 16 log tapes that she made. Whoever Vanny is reconstructed those tapes and then became Vanny, now fully controlled by Afton himself. Vanny is confirmed to be Vanessa through the CD audio logs and various endings in the game.

Glitchtrap appears again in FNAF: Security Breach either in the form of Glitchtrap in the Princess Quest games (which you defeat his virtual virus self in the three star ending) or in the canon ending, you defeat Burntrap which is Scraptrap (aka Afton) who had figured out how to use the recharging stations to download himself into an endoskeleton.

Vanessa is the first Human character that can jumpscare a player in FNaF and the first Human we actually interact with directly that’s not an echo, spirit, soul or something else in the broad spectrum of cryptids to pull from. The source of their backstory comes in the form of the CDs found throughout Security Breach along with Help Wanted’s VHS tapes that tell the story of Vanny putting the VHS tapes together that contain Glitchtrap and becoming infected (and imprisoned) with the Glitchtrap virus, making her effectively a puppet of William Afton in Vanny form and a reluctant follower in Vanessa form.

The canon ending has Gregory descending down the old elevator into the pizzeria that was shown in FNAF Help Wanted, after starting some generators outside.

Here, Gregory descends even further in the center of the room. On the way down, Freddy tells Gregory this is where Vanny took Freddy and the other animatronics.

This is now where they fight against what the community is dubbing “Burntrap” or the remnants of Springtrap. Once Springtrap is incinerated enough, the Freddy Amalgam arrives to take Springtrap away and you see what appears to be the Pizzaplex burn down, followed by Gregory and Freddy escaping.

The assumption here is that the Freddy Amalgam (or the Blob), noticing the fire, comes and its vengeful hatred of Afton has it finish him off once and for all, along with the entire area. This leaves Vanny’s location unknown and the presumption that Glitchtrap is now defeated.

In the post credits scene, you’ll see an actual 3D render of Gregory and Freddy sitting on the same hill that you see from the drawn ending featuring Gregory, Freddy and Vanessa.

Why is Vanessa Missing in the True Ending?

The reason Vanessa isn’t in the canon ending is because she’s not actually relevant to the story, as the reluctant follower she’s nothing more than yet another victim in this story. That’s why defeating Glitchtrap and escaping with Vanessa is possible but not considered the canon ending. Additionally Vanessa is still trapped in the digital prison that’s residing in Princess Quest 3, so it’s not as if her locatino would line up in this ending.

Why isn’t Defeating Glitchtrap (the 3 Star ending) the Canon Ending?

Because defeating Glitchtrap doesn’t solve for the living Afton inside of Burntrap and the fact the virus could easily continue even outside of Princess Quest (i.e. in the Balloon Boy games or Monty Golf). You just defeat his ability to infect the Pizzaplex through Vanessa. That doesn’t mean you solve for Afton in total.

The Endings and Their Overall Impact on the Lore

There are two endings that involve leaving. The first is to just leave at 6AM, which results in Gregory being later captured by Vanny. The other ending involves Freddy and Gregory escaping in a van together, Freddy being recharged and then ???. These endings conclude nothing.

If you save Vanny then all you basically are doing is rescuing Vanessa from the prison she was trapped in during Help Wanted, but Aftons remnant remains, so you’ve really not solved much there. The ending includes a picture, but nothing in regards to what happens to the actual Pizzaplex, the Molten Freddy and Burntrap below or the Glitchtrap virus as a whole.

This sucks compared to the True Ending because Freddy’s body is also destroyed and you just get his head.

If you defeat Vanny, then nothing stops the Pizzaplex from continuing. This is also a kind of sad ending because it leaves Gregory with nothing.

Is Vanessa the Princess in Princess Quest?

This one is mostly confirmed true, but in the game files its noted the sprite for the princess is called “Cassidy” which is the name for Golden Freddy (according to Matpat and most of the community at this point). We assume that this liberates Vanessa and Gregory, but with the fact that Vanessa could possible survive in the fire ending, it makes us wonder if that’s the real Vanessa in the ending.

Is Vanessa Really Vanny? Are there two Vanessas?

This one used to be hard, but it was easily cleared up with the found CDs. Vanessa is Vanny and the security guard and the creepy rabbit suit woman are both Vanessa. Vanessa went through intensive therapy with several Fazbear therapists, including a lot of dialog relating to Vanessa lying about their past and them talking to Glitchtrap / sabotaging the animatronics.

Cutting a lot of lore short, Circus Baby, who is now Ennard, could easily be the Vanessa on the rooftop. Meaning that the Vanny = Vanessa lore is consistent, especially with how thick it just outright spells it in the audio CDs AND in the fact that Vanessa does nothing about the wild dangerous animatronics running lose or calls for any kind of help.

This is entirely possible and very likely, considering his behavior and the fact that Michael wanted to fix things and this gives him one last chance. We’re given a lot of hints just in general with how much Glamrock Freddy knows about things going wrong.

Possible future DLC will likely not alter the endings in my opinion, outside of possibly providing new ones that are more fleshed out. The problem is that for the game’s DLC to involve the Pizzaplex then the game’s DLC needs the Pizzaplex operational. I would then assume any DLC would unlock areas that are currently blocked off in the game and allow for additional missions, likely past 6AM after you have a few of the character unlocks.

The true canon ending and the defeating Glitchtrap ending both open the path for the opposite to continue in some way (Afton always returns after all). There is also the Freddy Amalgam to contend with as well, so that will make for an interesting DLC.

With that I hope you found this article helpful and it helped shed some light on the true ending of FNAF Security Breach. 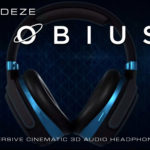 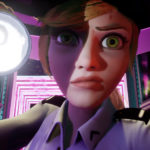 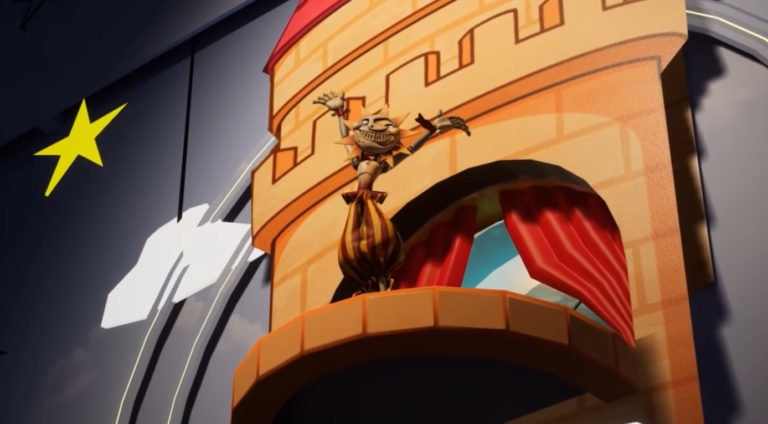