One of the most anticipated games of the past decade could be setting up something huge and it's hard to tell whether that is a good thing
February 7, 2019

This article will contain spoilers about Kingdom Hearts 3 and its ending, please be aware of this before you continue

With the disclaimer out of the way, I have to say that I have very mixed feelings about the most recent entry in the Kingdom Hearts franchise. On one hand, the gameplay is amazingly fun, wonderfully customizable and as over the top and action packed as a kid that grew up with the franchise could hope for. On the other hand, this game was filled to the brim with story moments that made no sense, felt out of place and confused the hell out of even the most die-hard of KH fans. By the end of the game though, I had fallen back in love with the series that had always managed to bring a smile to my face and make me crave one more playthrough. Sadly though this isn’t a full game review so let’s skip right to the end shall we?

What I mean by the “end” is I am going to be talking about everything that takes place on the final world (even trying to qualify that is tough) of Kingdom Hearts 3 and the secret movie so if you haven’t experience both of those things then I would suggest coming back when you do because as I said earlier, its a good one. So Sora finally did it, he beat the big bad Xehanort and stopped The World from being remade and saved all life from being destroyed. Wow………….. what’s next? Well now Sora is apparently making the jump from world to world looking for Kairi who may or may not be on Destiny Islands just waiting for him like I said it gets confusing but that doesn’t stop the secret movie from throwing another wrench in the gears. If you didn’t know or just didn’t remember the secret movie from Kingdom Hearts 2 essentially showed that there was much more to the KH story than just Sora and the half-pints, and the most recent secret movie appears to be attempting to do the same, showing a mysterious figure making the most ominous heart sign over the moon ever, but that is FAR from the weirdest part the whole thing. Easily the most shocking part of this clip is the fact that it shows both Sora and his childhood friend Riku waking up in what appears to be modern-day Japan, and this brings up so many questions that it honestly hurts my brain to even think about and that isn’t even where the insanity stops. If you either played or watched a full playthrough of KH 3 one moment that must stick out like a sore thumb is the over the top and seemingly out of nowhere opening to the Toy Box world based off of the Toy Story franchise, which featured a very action-packed opening that looked more like the trailer to the next Final Fantasy game than anything else. Well, the main character from that opening sequence Yozora also appeared to have ended up in the same place as our two protagonists, but luckily had enough time to scope out the perfect brooding spot first.

So the big question is, what does this mean for the future of the series? Honestly at this point we can only speculate, maybe the series is heading in a more realistic direction, a la Final Fantasy, maybe “Our World” will just be another feature on the ever-expanding roster for the KH series, maybe the director just really likes that particular area of Japan, which appears to be Shibuya Square or at the very least some kind of interpretation of it. There’s only one thing that we can say for certain and that’s that there will be more Kingdom Hearts games with Sora and Riku in them, everything else is up to speculation, and what really makes things more complicated is the lack of Final Fantasy characters in the most recent entry. In the previous games in the franchise, FF always had some characters featured like Squall or Leon as he’s known in KH, was the first one to explain the story behind the keyblade to Sora so the decision not to include any of those types of characters in KH3 seems out of place and can mean a shift away from the people and places that we know and love. At this point, it is difficult to say but just knowing that there will be more Kingdom Hearts is comforting and all we can do is have faith that the next games won’t change things too drastically, partly because of losing a beloved game franchise and partly because hell hath no fury like a gamer scorned. 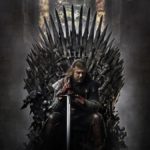 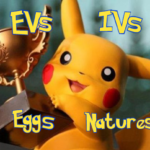 Guide: How to Train the Best Pokemon in 2019