Game Truth isn’t going to do an end of the year list or end of decade list because they’re just bad and boring. Game of the Year I guess is an alright concept, but only if there is some kind of panel that’s voting on it and it’s not just a single writers trite opinion or based off of some kind data-set pulled off of Steam and even then I honestly don’t care. You shouldn’t care either. Game of the Year is the game you most enjoyed, not some poll or some writer telling you what it is.

Likewise, these lists come year after year and are as infectious as those “Top 30 Things You Didn’t Know You Couldn’t Live Without” which are long lists of Amazon referral links designed to get you to buy something, no matter what and then cash in on your other purchases as well.

So like, if you don’t know already what your top games of the year was, then go look at a list of released games or the top games on Steam. Sekiro, Devil May Cry 5, Red Dead Redemption II, CodeVein, Total War Three Kingdoms, Jedi Fallen Order, etc. are going to be on every single list in some order. Then you’ll have a handful of indie titles and smaller games like Wattam and it’s just the same thing on each list.

I think it’s more important for everyone, when reflecting, to think about what they enjoyed in the year and not so much a rehashed list of the top games on Steam, which you can go directly to the source here.

If you want my personal opinion on what game of the year was, I can’t pick. Jedi Fallen Order was fantastic, Devil May Cry 5 was amazing, Ace Combat 7 was great, Katamari Reroll (I think it came out this year) was fantastic, Wattam was creative, etc. etc. There is pros and cons down the line and I’m not going to play favorite with developers and give out participation trophies for doing well in an overly subjective field. 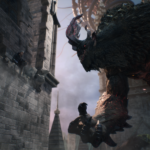 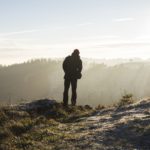