A molten Dwarven fortress atop cold, snowy mountains; a jungle of merciless danger and adventure; and people of all types to be found in every corner of the world, partaking in a cultural phenomenon unlike any other.

In 2004, this was some of what awaited those who entered Blizzard Entertainment’s World of Warcraft, a game that changed the landscape of online role-playing games forever. Since its launch as an immediate hit and cementing its spot in popular nomenclature, the game’s content has only grown in scope. What started as an ambitious project into unknown territory has become a perennial king of the industry that set the example for others for years to come.

Now, fresh off the heels of WoW’s latest content expansion, Battle for Azeroth, Blizzard is preparing a new kind of journey — this summer, players will get to go back to where it all began in World of Warcraft: Classic.

For the past several years, the ability to play the game in its original version has been a hotly requested commodity from Blizzard’s player base. Some of the most ardent fans have even created privately run versions of the game where players have been able to enjoy the game in this desired original version, albeit through unofficial means. But in a few months from now, that won’t have to be the case for them anymore.

My own personal experience with World of Warcraft? Well, I played it in 2005 through 2006, shortly after its release. As a youngling with copious free time, I did a lot of adventuring in the world of Azeroth those many years ago. In the grand scheme, though, I know that it was only a short amount of the game’s lifespan to come, by the year 2019. While I have scantly played the game since, I have kept tabs on it and know much of the changes brought forth during my absence. While I can’t have a real opinion on WoW’s present state without playing it, what I can share is my experience with the game and what I anticipate in Classic.

As a budding teenager who would rather be a bombastic dwarf paladin than a quiet human high schooler, playing WoW was a magical time indeed for younger me. It filled a void of community that is often felt by introverted kids in high school who are still trying to figure themselves out (because it’s not like I still haven’t figured myself out yet… yeah, totally have…). I got to be someone who I was on the inside, but couldn’t effectively summon forth into the real world.

There was loads of fun to be had playing the game — a vast world to explore, various quests to embark on, and dungeons to conquer. You could even battle other players, in organized capture-the-flag fashion or the more random “I am trying to eat some bread and now an orc is suddenly attacking me” variety. I enjoyed both in their own ways. A common aspect across the game was that progress was slow, but the scarcity principle might apply there — the more scarce progress is, the more treasured it is once you acquire it. And what’s self-achievement without the ability to show it off in front of others?

There were really all sorts of people that you might have come across while venturing out in the world. I played on what’s known as a “PvP,” or “player-versus-player” server, where a player can attack another in almost every area of the game, pending they were of opposite faction (there was one gladiatorial arena where faction loyalty was less of a rule and more of a guideline, though). This led to such aforementioned “I am trying to eat my bread and someone is killing me” moments. You could choose to play on a server without this anarchy-style gameplay, of course, though I do think playing in this mode added to the social element. Rivalries were formed, and great victories and defeats were had. It added layers, to say the least (layers of corpses on the ground, mainly).

I do think, though, that my experience with WoW was made most memorable by the social aspect. My character, as a paladin, had the ability to give other players “buffs,” or temporary improvements to their character’s power. I could give a buff to random players just walking by, and when I did, I’d often get a thanks from them in return, or a buff of their own, as we went our separate ways. That sort of interaction felt good and genuine. Pure, even. Sometimes, it really is the small things.

For a more specific moment, while I have many memories battling players or traversing dungeons with others, one of my standout memories was when my friends and I were exploring the world late at night. We decided to climb up a hill that was a bit secluded and off the beaten path, and the sun was rising. When we got to the top and looked at the view, I paused for a moment. Something about that moment felt still; peaceful. It’s a small moment, yet it stands out in my memory so many years later.

It’s moments like those that, more than capturing any flag, or eating bread over a dead orc, that I appreciate most, and I feel WoW was a mirror to real life in that way. Moments that you think you’ll look back on most are often the smaller ones you weren’t expecting to. I look forward to future players soon getting to experience that in the same world and on the same hills that I once did. 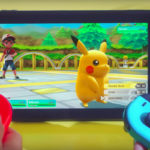 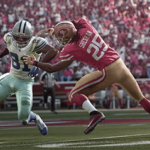