Picking a profession can be hard in World of Warcraft: Classic because you lose any recipes you learn if you unlearn a profession meaning it’s more or less a permanent choice. You’ll want to start early as well with some of them, like the gathering professions, which compliment leveling while others you may want to wait on leveling at a later time.

We’ve ranked the best professions for everyone, the best to make money with and then what we consider professions you may want to think about before you choose them below.

While subjective, I disagree that class based professions is a thing. Just because you’re a warrior doesn’t mean you can’t pick herbs and make potions. Take what compliments your playstyle over what others tell you at the end of the day.

A Tier – Best Professions for Everyone

Alchemy: Flasks for raids are important and making them is a massive source of revenue as an economy establishes and raiding begins on a server. Raiders and those who need a boost in dungeons / PvP will buy flasks left and right and potions are very popular. Transmute: Arcanite becomes a daily money maker as well. Does require going into some instances to use alchemist tables for end game items (Scholomance after six bosses).

Enchanting: A great way to get rid of excess gear, through disenchanting and a very profitable profession, I feel like anyone could benefit from having Enchanting as a profession. Not only do you save time and money on being able to self Enchant your own gear, but you can sell your services in a town center very easily. Pairs well with Tailoring, a great way to dump extra cloth into items that you can disenchant. You have to trade enchants, though, there is no vellum in classic WoW.

Engineering: A very good PvP profession and provides a wide variety of utilities like the parachute cloak or a helmet that lets you breath underwater. It’s also very powerful at lower levels and is just a silly fun profession to have that you don’t have to be overly serious with. Rocket boots are also very powerful.

Herbalism, Skinning and Mining: These are pure profit professions. If you have say Alchemy, then taking Herbalism will mean you can farm most of your own mats. Taking two of them means you will have gold in your pockets throughout your entire leveling experience and if you make an alt can easily feed them supplies making your main character a great farmer.

Druids don’t have flight in Classic WoW, but travel form still allows them to gather materials.

Tailoring: I actually would say tailoring is its own special snowflake, because it makes bags and bags are good money. Not only does it make bags, but you can turn cloth into other sellable items and cloth is everywhere in WoW. Leatherworkers make armor kits but not everyone cares as much about them as bags.

Leatherworking & Blacksmithing: I mean, they’re not bad as in no one should ever do them. They’re bad in the sense they’re money sinks and don’t always produce a profit easily. Crafting your own gear is cool at earlier levels, but you need raid recipes later on to make really good gear that takes a massive amount of materials and often isn’t “good” as BoE purps rarely are as good as raid purps. Leatherworking can sell armor kits, whereas Blacksmithing just sells sharpening stones. Personal utility is less if you don’t wear leather or mail or plate.

First Aid, Fishing & Cooking: Everyone can take them, but I put them here because leveling them is a personal preference ordeal. If you can’t stand fishing, don’t level it. If you’re a tailor and don’t want to spend cloth on first aid – don’t. You can enjoy the game without them. 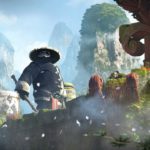 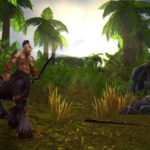