Dungeons and Dragons (5th Edition): How to Build a Bard – A Combat Guide

Dungeons and Dragons has been around for a solid four decades. With that in mind, the famous role-playing game has undergone several iterations. The latest fifth edition offers a bevy of interesting classes for every player to choose from. With that in mind, we have crafted a detailed build guide for one of D&D’s top tier classes.

Dungeons and Dragons is complex. Some players try to avoid combat, as they prefer the role-playing aspects of the game. Meanwhile, other players like to use their dice to raid dungeons and fight monsters. Our guide is oriented towards maximizing a class’s combat effectiveness, making this article likely more useful to players of the latter category.

If you would like to learn how to play one of D&D’s other top tier classes, check out our guides down below.

The bard is perhaps one of the strongest classes within Dungeons and Dragons. Highly adaptive, the bard is capable of assuming almost any role as the need arises. Consequently, you can’t really ever go wrong by having one of these characters on your team.

As the bard’s strength pulls from the character’s incredible versatility, this build will be somewhat more complicated than some others. The end result, however, is a character that is capable of tanking, dealing single target damage, dealing AoE damage, healing, buffing allies, crowd control and utility outside of combat. Yes, it’s a lengthy order. But, the bard is just that good.

The race is a great choice for the bard, as it grants an additional bonus to your charisma score. The gnome and halfing races are classic choices for bards. However, these races are also smaller than other races. Consequently, your damage output will be negatively affected having to use smaller weapons.

College of Valor is a really great bard college for spellcasters that are looking to really up their ferocity in combat. Rather than a classic bard, your character will transform into something more closely resembling a V skald. The college of lore is also a great if you want to take advantage of the two bonus spells granted by the “Additional Magical Secrets” ability. That being said, the College of Valor more effectively helps the bard’s ability to become a significant melee character.

The bard’s feats are largely dedicated to improving the class’s skill utility, sustain and damage output. If you do not want luck, then consider picking up the “Spell Sniper” feat and learning the “Eldritch Blast” cantrip from the Warlock spell list. This is a great way to get some force damage down range if you feel the need to up your range damage dealing.

You are going to want to use a rapier for this build. The “Finesse” property of the weapon will allow you to be able to apply your dexterity bonus to your attack and damage rolls, which will allow strength to be a dump stat for you. The studded leather will also take advantage of your high dexterity score, making dexterity an important ability for this build. The shield offers an additional AC bonus, which only improves the bard’s sustain.

As far as skill proficiencies are concerned, you really have a great number of options. The three choices provided above are three skills that see consistent use in most games and each depend on either charisma or dexterity bonuses.

Warning: Concerning your ability scores, the graph above is using the standard 15, 14, 13, 12, 10, 8 ability allocation that players can use if they do not wish to roll their stats. That being said, your dungeon master will likely have  role for your stats rather than allocate your ability points manually.

Either way, you are going to want to make charisma your primary focus. The next most important ability is dexterity, with constitution being a close third. Every other ability is a dump stat for you.

If you want to up your damage output, then you can sacrifice some points in charisma for more points in dexterity. However, the true power of a bard is the class’s versatility. Consequently, you will likely want to keep your charisma bonus high. This will come in handy when you are casting your powerful assortment of spells.

Speaking of which, here is a quick list of many of the spells that will help you in combat. This is not a complete list of your known spells by level 20. However, this can work as a quick reference for some powerful spells to add to your disposal.

It is important to note that many of the spells listed above are not actually on the bard’s spell list. Rather, they belong to the lists of other spellcasting classes. The wonderful thing about a bard is that the class’s “Magical Secrets” ability allows the bard to learn up to six spells from any spell list of their choice. If you want to add another two additional spells to that total, then trade out the college of valor archetype for the college of lore.

Either way, these are the type of spells to look out for when playing a bard. Rather it is dealing AoE damage, boosting your sustain in combat, buffing your melee damage, healing an ally or dishing out some crowd control to your enemies, bards can do it all. 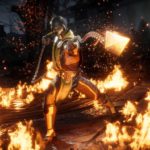 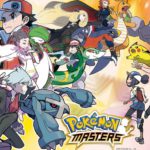 How to Evolve Pokémon in Pokémon Masters