Dungeons and Dragons (5th Edition): How to Build a Warlock – A Combat Guide

Want to be the best warlock around? Check out our guide down below.
August 24, 2019

Dungeons and Dragons is a massive titan of a game. Having been around for over 40 years, the role-playing behemoth has recently gone through another resurgence. Once again, players are picking up their dice and delving deep into Gary Gygax’s masterpiece. With that in mind, we have decided to offer a detailed build guide for one of D&D’s top tier classes.

There are many facets to a game of Dungeons and Dragons. The experience differs from player to player.

To some, D&D is a chance to show off their acting chops as they role-play their way across a fantastical world. To others, however, D&D is about delving into deep, dark dungeons and battling wondrous monsters. For those players that are more combat focused, we have cultivated a detailed build guide for one of the game’s top tier classes. Check it out below.

If you want to see how to build some of D&D’s other top tier classes, check out our guides down below.

The warlock can be rather deadly if built properly. This build will focus on the warlock’s ability to tank, deal melee damage and to deal range damage. There are other ways to build the warlock, but they mostly focus on out-of-combat utility.

If you are looking for more utility, the Raven Queen archetype offers a unique set of abilities that can help you forward. The “Pact of the Chain” pact boon can also create some interesting utility. This build, on the other hand, will have you swinging swords with the best of them.

When it comes to choosing a race, there are plenty of options concerning this build. Dragonborns provide minimal improvements to your charisma bonus, for instance. However, the is a personal favorite due to its large boost to your charisma score, the “Hellish Resistance” ability the “Infernal Legacy” ability. If neither of those sound interesting, pick the variant human race. You will get an additional feat as a racial bonus, in which I suggest picking the Sentinel feat. This feat functions quite well with the pole arm master feat.

The chosen feats are all about boosting your damage and your sustain. With this build, you will be able to wield a pole arm for some devastating damage. You will then use smite spells to buff your melee while using mirror image to increase your sustain.

Thanks to the Pole arm Master feat, your character will be able to attack an additional time at a lower damage die with their bonus action. Beyond that, you will see an increase usage of attacks of opportunity because enemies will provoke opportunity attacks when they enter your threat range.

Most of the warlock’s damage is going to be coming from their smite spells, making it more important that you boost your attack bonus and your number of attacks than your total damage per attack. The smite spells will provide plenty of damage per strike on their own.

Charisma is paramount for this build. It will determine your combat effectiveness offensively. Constitution will determine your maximum health, making it quite important for any good build. If you have to roll your stats, simply keep these abilities in mind.

These spells are pretty much paramount for this build. This character’s combat effectiveness relies largely on banishing smite and eldritch blast. Mirror image, shield and blur will be incredibly useful whenever you need to tank for your team.

All of the edlritch invocations chosen above are about boosting the class’s damage and kiting abilities from range. By properly utilizing eldritch blast and melee attacks while buffed by banishing smite and mirror image, you should be able to tango with any enemy unfortunate enough to step within your path. 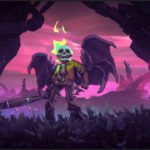 5 Best Endo and Exo Mutations in Rad – A Mutations Guide 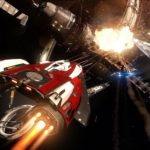