No matter your play style, The Division 2 has a skill to fit you. However, some might help you find success more than others. Today, we’re ranking The Division 2’s skills from worst to best. First, we’ll rank each skill type, and then we’ll rank each variant of that skill. Without further ado, let’s get started.

Take a look around at the environment you find yourself in while playing Division 2. After noticing approximately forty-thousand opportunities for cover, do you find yourself thinking, “I wish I had more cover”? Didn’t think so. The ballistic shield is really only useful if you intend to play the game hyper-aggressively, but even then, you’re still probably going to be running for cover. The protection the ballistic shield offers just isn’t worth the space in one of your skill slots.

The pulse skill can be used to either highlight enemies’ locations or temporarily jam their electronics. Neither one is particularly useful, at least compared to the other skills on this list. Finding enemies is never that difficult and jamming electronics is only useful against certain enemy types, putting this skill just barely above the ballistic shield.

Primarily a defensive tool, the Hive does offer one offensive variant, the stinger, which sends out micro drones to distract and damage enemies. Out of all the offensive skill variants, this is one of the worst, and the defensive options are nothing to write home about. The low range of the hive skill places it close to the bottom of our list. Still, the hive isn’t the most useless skill on our list thanks to the reviver variant.

The firefly skill sounds great on paper – an automated “paper-plane” like device that can blind enemies, target their weak points, or attach proximity explosives to them. However, the firefly’s health is ridiculously low, and the device is going to be destroyed before it even gets close to an enemy the majority of the time. Hopefully, we’ll see an increase the firefly’s health in a future patch.

The chem launcher is probably the most versatile skill in the game. Offering multiple offensive and defensive options, you’re sure to find at least one variant that fits your play style. The reinforcer variant can also be dropped at your feet, offering you another self-heal option.

If you’re looking for a purely offensive skill, consider equipping one of the turret variants. There are three to choose from, each one complementing different play styles. The turret can be placed at your feet, on top of , or thrown for a better angle. There’s something for everyone here.

Like the chem launcher, the drone skill offers players multiple offensive and defensive variants. After deploying your drone, you’ll control it remotely, selecting your targets how you see fit. There’s a variant here for everyone, and the assault drone skill just barely misses the #1 spot on our list.

Is the seeker mine “easy mode”? Probably, but it’s there, so you might as well use it. Returning from the original Division, the seeker mine can be dropped or thrown for a better path to your target(s) and has a relatively low cooldown timer. Expect to see this skill a lot during your time in the game.

What did you think of our list? Agree? Disagree? Let us know in the comments below, and be sure to keep on the lookout for more Division 2 content right here on Game Truth. 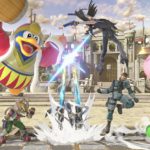 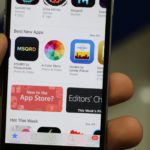