Triternion’s popular sword-swinging, competitive multiplayer Mordhau is a huge success. The game has garnered a massive fan base of talented and dedicated players since its release, leading to a 24-7 surge of busy servers filled with blood pumping action. That being said, Mordhau’s success has led to some serious chaos on the battlefield when it comes to new players.

If you are a new Mordhau player, then you have a rather steep difficulty curve ahead of you. After all, the players in Mordhau are practiced and deadly. If you don’t know what you’re doing when you step onto the battlefield, then you will likely be helplessly killed time and time again. But, don’t worry. We’ve got you covered.

Within this guide, we will be breaking down some of the most important parts of Mordhau that many new players need to know if they want to be successful within this war torn hack n’ slash game. From learning some of the game’s most effective combat techniques to breaking down the importance of a proper build, there are quite a few facets to this complex title. For a more basic overview of important tips for new Mordhau players, check out Mordhau 15 Tips and Tricks for New Players – A Beginner’s Guide.

However if you have made it past the basics of Mordhau, check out the information down below so that you can increase your kill count and become feared across the battlefield.

Mordhau is all about combat. The combat in this game is quite complex and demands some serious finesse and attention to detail, forcing players to have to dedicated dozens and dozens of hours to perfecting each and every technique. To that end, we have cultivated a quick breakdown of each major technique you will need to master if you want to become a threat on the battlefield.

Feinting is a technique used to fool your opponent. The intention is to bait your opponent into reacting in some way so that you can respond with a punishing counter-attack. The technique is performed whenever a player begins telegraphing an attack, baiting in a response from their opponent. However, the player then cancels the attack at the last moment. Feinting costs 10 stamina to perform, so be careful to not overuse the technique.

In order to successfully complete a feint, you will have to first initiate an attack move. Just before the release of the attack, press Q to cancel the attack. By doing this, you will be able to keep your opponent guessing. Unable to predict your rhythm in combat, your foe will likely make a mistake and leave themselves exposed to a deadly counter-attack.

YouTube content creator z1josh can be seen within the video provided above offering a visual breakdown of the technique. Mastering this move is an easy way to keep your opponents guessing and to keep you alive to fight another day.

Morphing is the process of turning one attack into another. For instance, midway through a stabbing attack, you can morph the attack into an overhead strike instead. This technique is largely used to keep opponents guessing and as a last second correction during an attack. This move costs 7 stamina to complete, so make sure to keep up with your stamina meter when using this technique.

You can dramatically wheel and move your mouse in order to morph mid-strike. However, many players simply map out specific attacks to their keyboard bindings. Consequently, you can simplify the process into two basic button presses. While this technique is extremely simple, it is also elegantly effective. Check out the video from YouTube content creator Teripper up above for a visual representation of the process.

Accels are more difficult to master than either of the techniques previously discussed. That being said, this technique is paramount for budding players.

An accel, which is shorthand for acceleration, is performed when a player manipulates their attack in order to make the strike land sooner than their opponent anticipated. The advantage of this technique is that you can make it increasingly more difficult for your opponent to properly predict your rhythm. By doing this, you are negating your opponent’s ability to effectively counter-attack.

For a complete breakdown of how to accel, check out How to Drag and Accel in Mordhau – A Quick Combat Guide. Within the video provided above, Steam user Hadeus can also be seen giving a visual representation of the technique.

In order to learn how to drag, check out How to Drag and Accel in Mordhau – A Quick Combat Guide. For a visual representation of the technique, check out the video above as created by Steam user Hadeus.

Parrying is one of the most iconic and fundamentally useful techniques within Mordhau. Every talented player will want to learn this move.

Parrying is the act of deflecting an enemy’s attack, therefore eliminating the opportunity to receive damage. The concept is simple enough. But, the move itself can be quite difficult to master.

The next important aspect of a successful parry is timing. Parries should be performed at the very moment before the oncoming weapon impacts your character. Parrying too early or too late will fail, leaving you struck by the attack. One of the top ways new players often die is “panic parrying.” Unsure what to do, the new player simply begins flailing parries. However, this almost always leads to death.

Don’t panic. Keep your cool. Remember to hold off until the last moment to initiate your parry and aim for the very tip of your attacker’s weapon. YouTube content creator fatherknox can be seen providing a visual representation of a successful parry within the video provided above.

A riposte is a vicious counter-attack technique that is sure to enhance your lethality. That being said, you will want to master the parry technique before moving on to the riposte.

In order to successfully perform a riposte, you will have to act fast. During your successful parry animation, begin performing an attack. If you wait too long, then the ensuing attack will not gain the speed boost offered by the riposte technique.

Learning how to perfectly time ripostes takes dedication and practice. For a visual representation of a riposte, check out the video above as provided by YouTube content creator Gat.

Chambering is perhaps the most difficult technique in all of Mordhau. That being said, mastering this skill is a definitive way to improve your combat effectiveness.

A chamber is, in a sense, a parry and a riposte all in one. By matching the movement and attack angle of your opponent, you are then able to time a counter-attack that negates your opponent’s strike and punishes them with a damaging stun. Chambering does, however, cost a staggering 20 stamina to use. Try to mix up your chambers with parries in order to keep your stamina costs down and to keep your opponent guessing.

To learn how precisely to pull off a chamber technique, check out How to Chamber in Mordhau – A Guide to Success. YouTube content creator Gat has also provided a visual representation of the technique above.

Combat is the most vital element of Mordhau. That being said, there is also an intricate item and perk system that you will need to master in order to improve your results on the battlefield. Choosing the right perk for your character’s build can be the difference between life and death. Likewise, choosing the wrong combination of armor and weapons can spell the end for your character. In order to have a firm grasp of each system, check out the information below.

Perks offer passive buffs and interesting abilities that each help enhance your character’s combat effectiveness. Perks, armor and weapons all operate on a point system. A player has a total 16 points to spend on anything from the three sections. However, every item costs a different number of points.

If you want to grab a perk to improve your character, you are going to have to shell out some points towards your build. That being said, some of the perks are definitely worth picking up. A full list of each perk can be viewed down below.

The best perks in the game are Second Wind, Bloodlust, Tenacious, Hunstman, Ranger, Friendly and Dodge. If you want to bring your gameplay to the next level, then you are going to want to consider incorporating one or two of these perks into your build.

Beyond that, the perks Fury, Fireproof, Cat, Rush and Scavenger are all acceptable. However, the perks mentioned above are generally considered top tier. Beyond these, it is often best to simply save your points for some fine armor and weapons.

Armor is measured by two aspects, being footspeed and protection. The more protection a piece of armor provides, the less footspeed it will offer. There are three armor slots, being your legs, chest and head. For new players, it is highly suggested that you wear a helmet. Attacks to the head are fatal and easily mitigated by a helmet.

Choosing your armor loadout is dependent on your playing style. Consider starting out with more armor in order to mitigate damage received whenever you make an error in combat. As you become more comfortable with the game’s mechanics, consider experimenting with less armor and greater mobility.

There are four tiers of armor in Mordhau, as listed below.

Weapons are categorized by their point values. Weapons can cost anywhere from one to over eight points to add to your build.

Knowing which weapon is right for you will take time. Experiment with all of Mordhau’s available arsenal before spending too much time training with any particular item. A breakdown of each weapon category can be seen below.

Now that you have a grasp of Mordhau’s system, there are a few things still left to learn. Check out these last minute tips and tricks in order to polish off your skill set. 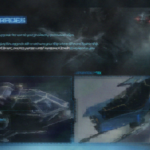 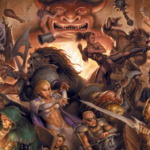 How to Play Dungeons and Dragons (5th Edition)