Want to earn Creed Points fast? Check out this guide down below.
April 25, 2019

If you want to get levels fast in Assassin’s Creed Unity, then you are going to want to earn Creed Points as fast as you can. You will have to make it far enough within the game’s campaign to actually join the assassin’s guild before you can begin garnering Creed Points. After that there are a few ways to get these points, so we have taken the time to chart down each and every action that you can take to quickly cultivate this pseudo-currency.

The best way to boost your Creed Points is to take advantage of certain combat abilities throughout the game. You can earn Creed Points by completing these actions multiple times. However, there is a brief cooldown of a few minutes between rewards. That being said, there are plenty of different actions you can take advantage of for Creed Points both in single-player and co-op. Check them out below.

Now that you have a firm understanding of how to garner Combat Points quickly, here are a few last minute tips and tricks to improve your Assassin’s Creed Unity experience. 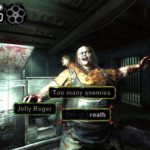 The Typing of the Dead: Overkill Guide

How to Heal & AFK in Forager