How to Play Ironclad in Slay the Spire

American studio MegaCrit’s roguelike Slay the Spire has been out for some time now. During that time, this exhilarating game has been garnering fans by the droves. One of the many things players are still trying to master is the default Ironclad class. If you are still having issues making the most out of this character, don’t fret. We’ve got you covered.

Next, you are going to want to boost your block as much as possible before nabbing an Entrenches ability. Lastly, you need a finisher.

There are two suitable finishers for you to choose from. Body Slams is often the best option. However, the attacks offered from Heavy Blade or Whirlwind would also be beneficial.

If you follow this build, you will be cleaning out rooms of enemies in no time.

2. You Should Almost Never Take a Curse

The only curse you should ever willingly take is Necronomicurse, as it guarantees a quality relic. Outside of that, avoid any unnecessary curses.

If you have Omamori, then acquiring a curse can be acceptable. If you want the Calling Bell, however, you will need at least two charges of Omamori first.

3. Hold Onto Your Relic Early Game

The starting Ironclad relic is quite good, as it allows you to heal in between fights. You will eventually get the unique option to swap out your relic for a random boss relic. Don’t do it.

This option can be fun, but is ultimately less effective for your build than simply using your default relic.

4. Save Your Dexterity Potions

Dexterity Potions are game changing for the Ironclad character. That being said, you should hold onto your dex potion stash until the time is right.

If you have at least three dex potions whenever you face a tough boss, you can blow through the potions to make the fight significantly easier. Consequently, it is best to hold on to your potions until you absolutely need them. That being said, you’ll be glad you have them when the time comes.

5. Important Cards to Keep an Eye On

There are several cards within the Ironclad deck that are brutally effective. Consequently, you are going to want to nab as many of them as you can. Here are just a few of the powerful cards you should be looking out for.

Demon Form is a great way to play if you are more passive. Simply active the ability and block any incoming damage, then unleash a devastating assault on your enemies. This card goes along great with any build.

This card is especially useful early on. You can minimize the outrageous damage outputs of early level bosses by boosting your defense with this ability. There is little downside to this one.

You won’t necessarily need this card if you are using a build that doesn’t benefit from a large deck. That being said, this card is still useful in most situations.

Using this card will help you set up combinations and control your turns. If you are finding yourself in a pinch, this card will likely be a great choice. 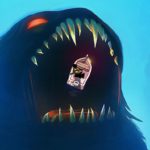