Riot Games has done it again. This time around, the talented team has released the League of Legends Teamfight Tactics mode. This auto-battler pins each of the game’s famous champions against each other in a tactical battle for dominance. Of course, winning in Teamfight Tactics is no easy task. If you want a competitive edge over your enemies, then you are going to want to make sure that you are choosing the best champions. To that end, we have a produced a tier list that demonstrates which champions you should be thinking about and which ones should be left in the dust.

There are no truly bad champions in Teamfight Tactics. That being said, this game is the recipient of consistent patches. Consequently, the meta is always changing. A champion that was once leading the pack may suddenly fall from favor following an unflattering nerf. With that in mind, you can check out how all of the champions stack up within the current meta down below.

This tier list was last updated to reflect the alterations made during Patch 9.15B. 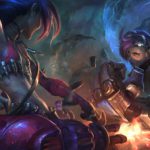 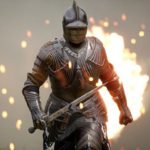