Nippon Ichi Software, Inc. of Japan is one of my favorite companies out there. Their North American division is known as NIS America, Inc. or NISA. Their online store is the primary source of NIS games and it’s located here.

There’s actually a lot to the store you should know and we’re going to dive into it.

NIS America, Inc. Games – What style are they?

So what do they sale? They’re best known for the Disgaea franchise. They’re also known for some weirder titles, isometric RPGs and visual novel style games. They also publish games for other developers as well. Some of the more recently known releases would include Crystar, MONARK, Blue Reflection: Second Light, etc. They’ve published games for Atlus and Spike Chunsoft.

Fans of their most popular series will know the site well as it’s the absolute best place to secure a copy of a NIS game.

Unlike other developers and publishers, NIS games are known for selling out and not getting much in the way of restocks. Their products are very niche to begin with so they’re not specifically aiming to sell a billion copies of every single one of the games they publish. This is even more true for say their first party collector editions, which sell out and generally appreciate in price. Recently examples include World’s End Club and Disgaea 6.

So when a NIS game goes for sale or is just in general available, it’s absolutely best to pick them up if you want a physical copy. The same goes for vinyls and most merchandise. NIS does not run through any other retailers for a lot of their collectors editions, so the only way to get the goods is to go through their official store.

Find out more about game collecting in our article on the subject.

NIS games are one of the few games I personally would recommend. Especially first party titles (ones they develop). If you want a physical copy then to pre-order is the only way to go. It isn’t like say Borderlands 3, where you can probably pick a copy up at anytime with more add-ons.

One of the best features of the NISA Online Store is the fact they give you a countdown timer for each pre-order. You’ll know how much time is left with the counter located on each item:

You’ll find that this meter is very accurate and email alerts will follow.

With both PayPal & Credit Cards they will not bill until about 2 weeks until delivery. Do note they will put a hold for the entire amount of the purchase on your card or set as pending in PayPal for awhile but it will eventually drop off.

If you’re nervous about your pre-order (or if your pre-order fails payment), then just reach out to support. They’ll help you by sending you an invoice to pay with a different payment method.

That’s about everything on the NIS America, Inc. online store. Happy shopping! 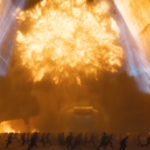 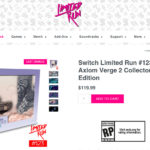 Limited Run Games Guide and How To