Path of Exile has been out for quite some time now. That being said, the dungeon delving RPG has earned a new resurgence of players since the game’s recent release on the PlayStation 4. With that in mind, we have crafted a quick guide to the basics of Path of Exile. Check it out below.

On the surface, Path of Exile looks quite a lot like Blizzard Entertainment’s critically acclaimed Diablo 2. The game features a similar focus on loot and slaying massive hoards of enemies. That being said, Grinding Gear Games’ Path of Exile is truly its own invention.

The game offers quite a few unique features, which will each be discussed here. This guide is designed with new players in mind, as it draws attention to the basics of the title. With that in mind, any new player looking to get in on Path of Exile should definitely check out these quick facts, tips and tricks before jumping into this massive game.

One of the first choices a new player will be faced with is choosing which league to play with. Each league is its own game world, almost like a game server. The three primary league types are Standard, Private and Challenge.

The default league most players find themselves in is the Standard League, as the name would suggest. There are two variants to the standard league, which are Hardcore and Solo Self-Found. The Hardcore variant adds a somewhat unique twist on permadeath to your play.

Whenever a player within the hardcore variant standard league dies, their character reverts to whatever form the character was in during the normal standard league. Meanwhile, the Solo Self-Found variant prohibits players from trading with each other or from joining together for raiding parties. Consequently, this variant is for players that exclusively want a solo-campaign experience.

Private leagues must be purchased. However, the owning player will consequently be able to add interesting modifiers to the Path of Exile world to enhance their playing experience. The private league can use similar modifiers to other leagues, such as the unique permadeath feature of the hardcore league variant. Or, the owning player can add in unique modifiers such as increased monster statistics or disabled vendors.

When a challenge league ends, a player’s stash and characters are all shipped over to the relevant permanent league that the player was previously using.

When it comes to choosing a league, it is perhaps best to just stick with the standard league until you have a firm grasp of the game’s mechanics. After that, the challenge leagues and standard league variants can be great ways to enhance your play.

There are seven total classes for the player to choose from. Each class comes equipped with different starting stats and each begins at a different spot on the passive skill tree, which will be used to level your characters. With all of that in mind, choosing a class is not as consequential as in most other RPGs.

The majority of a character’s build comes from gear, making it more a matter of taste when choosing a class. That being said, here is what separates each character from one another.

It is important to note that the Scion class is not unlocked until rescuing a certain character during Act 3 of the game’s campaign. The scion is an incredibly flexible class, but is not considered friendly to new players. Consequently, the class has to be unlocked.

There are three attributes in Path of Exile. As mentioned before, they are strength, dexterity and intelligence. Every 10 points in each of these ability scores offer various bonuses to the player’s character.

Gear within Path of Exile often have ability score minimum requirements. For instance, a hefty battleaxe may demand the player have 132 strength and 45 dexterity in order to wield the weapon. Consequently, it is important to manage your ability scores as you play the game.

Certain items will boost your ability scores. Beyond that, abilities within the passive skill tree will also provide permanent ability bonuses.

The image above is only a portion of the greatly expanding map that is the passive skill tree. This system is something else that separates Path of Exile from its competition.

Each skill point can be added to this massive map. The smaller dots on the map offer smaller bonuses, such as 10 points to an ability score or a small percentage boost to melee damage. The large dots on the map feature unique abilities that really help your character build stand out. One such choice allows your character to never miss an attack. However, you can also never score a critical hit.

It is also important to note that each player can earn “Refund Points” from certain quests. These points can be used to re-allocate individual skill points. Players can also find “Orbs of Regret” within the world, which function similarly. However, it is quite tough to garner many of these resources. This makes it rather unfeasible for re-building characters.

Lastly, the passive skill tree features jewel slots. These open slots do not offer bonuses to your character. Rather, they allow the player an opportunity to socket a powerful, stat boosting jewel within their skill tree.

During your adventures, you will come across quite a bit of loot. Among them, gems are common finds. Gems provide active skills for players to utilize within the game. One gem may offer a neat lighting bolt ability, while another gem may allow the player the ability to swing a two-hand weapon in all directions.

Gems must be placed within the empty sockets of equipped items in order to be utilized. Each gem is color coated to match their color coated item sockets.

Discerning which gems best fit your play style is just part of the fun when it comes to Path of Exile.

There is no gold in Path of Exile. Rather than simply use a money currency, Path of Exile is based on trade. That being said, there is a list of items that have since become a form of currency.

On top of finding gems, weapons and armor during your looting, you will also come across certain usable items. These range from Scrolls of Wisdom to Chaos Orbs. Scrolls of Wisdom can be used to identify magic items. However, they are also considered the lowest form of currency within the game.

Meanwhile, Chaos Orbs can randomize the modifiers on magical gear. The Chaos Orb is the standard currency of Path of Exile. That being said, there are many other items that are used for trade. You can check out the relative value of these items at poe.ninja.

Most players hoard their currency items during their first playthrough of Path of Exile’s campaign. It is quite common for players to build multiple characters before truly landing on a favorite. Luckily, players can store all of their gear in stashes throughout the game. These stashes can be shared across characters.

These currency resources can be traded with NPC vendors during the game’s campaign. However, the items can also be traded with other players via the in-game marketplace.

Now that you have a grasp of the basics of Path of Exile, here are some quick tips and tricks to help you throughout your playing experience. 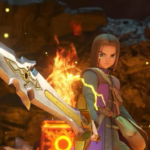 Dragon Quest XI S: Echoes of an Elusive Age Guide – Where to Find All of the Attribute Seeds