Find out how to get victory within the SMITE Arena.
January 1, 2022

The SMITE Arena is the 5 v 5 single lane brawl, except unlike most ARAM modes you can pick any hero and build any team. It’s a ton of fun because it removes the jungle, multiple lanes and other mechanics and brings it down to an all out brawl of the gods in an arena with the only other mechanic being buffs.

This guide will explain how the mode works and how you can play smart to pull ahead and win.

Titan Forged Studios (Hi-Rez) have a good tutorial video that explains the basics (above) but we go a bit more in detail.

Check out our SMITE Tier List to help pick the best gods to win.

How The Game Mode Works

So each side picks five heroes. The game will generally suggest a mix of tanks and magic/physical damage, but you can configure your team however you want. Once hero selection is done the game literally begins. There is no gates, no countdown, nothing. The hero animation plays and you’re right into the match.

Both teams have tickets, displayed on the right hand side of the UI. Teams start with 500 tickets and the first team to 0 tickets loses. Killing the other team, their minions, their siege minions and having your minions enter their base removes tickets from the enemy team and vice versa. The number of tickets is often changed season to season.

On the left and right side are buffs. Technically, the etiquette is for each team to move to their left side buff, wait for spawn, capture the three buffs then move to the middle and fight for the rest of the game. The buffs can be soloed by most classes by the mid-game are available as you see fit to get them.

The traditional store and fountain area is available at the start and you can recall to base at anytime. There is a circle on the ground next to the doors of each base with towers that will fire on enemies who try to enter into the base – however you are not immune from damage inside of your base (i.e. if someone throws a spell inside while you’re almost dead then you may be respawning soon).

Respawns are fast and quick and you’re usually right back into the action. Its a ton of fun.

So the best thing to do is to consider what your team is doing and kind of react. You need to watch for the enemy minions making it to base and make sure you’re killing minions to get some cheap tickets. Gods are sort of like, great to kill because it gives you tickets and time to push but minions are important as well.

Try to pick your god later on than other players when solo queuing, it can help you sort of find some synergies with what someone else picked and that can help a ton. For instance if everyone is going with a lot of guardians then you might want to play an assassin.

Map control is so very important. Mages excel at this, any kind of zone placed on the ground is often quickly avoided by the enemies. This can help bunch them together for AoE attacks.

You can easily snipe minions even when your team isn’t that great at team fights by moving in, AoEing the minions and moving out. That can help a ton. Don’t also forget you can sneak the minions through if a team fight is happening where the buffs are.

Use the pillars! They block most non ground based attacks.

Make sure your Internet is doing good. Disconnects is going to lead you to a big lose and lag will never help out.

How To Win via Party Queue

Choose a team that just going to synergize well. For real, that’s about the only real tip there is. It also depends on how many players you have. With just three players in a party you probably can do a good job of pushing things into your favor, but with two you can still pick gods rather smartly to go together and play together.

Two Players: Pick one god to push and one god to tank or fight other heroes. This gives you a good balance of lane control / minion pushing and attack damage for the other team.

Three Players: Pick the gods everyone is just best at.

Four – Five Players: Just think of a solid team composition with gods everyone is good at. You’ll want to think of ways to stun the heroes, pull them into a group and AoE them down.

Use voice chat like Discord or the in-game chat and communicate. You should have the victory in most of the matches rather easily. 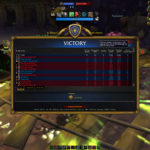 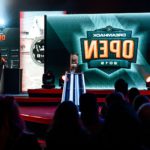