ActRaiser was a super cool SNES game because it was a mix of city building and side-scrolling. With Sol Seraph, we finally have a spiritual successor to ActRaiser – just 29 years later (1993 saw ActRaiser 2, which many say wasn’t as good as the first). To sum the game up – you build a city and play a tower defense map to unlock side scrolling sections, which boost your character (Helios) and makes him stronger, eventually letting you take on a boss and fully liberating the area.

Understanding How To Play the Game

Sol Seraph is formulaic. Once you get into the pattern of the game, it becomes very easy to understand the basic flow. It goes like this:

You unlock a zone by completing a side-scrolling map.

Once unlocked, you are in tower defense mode. You you fight enemies to collect souls to unlock enemy arenas. Once you clear the arena (it’s going to have the initial spawn and another spawn once you clear it) then enemies stop spawning from there. Houses = workers. You have to assign

Eventually, once enough lairs are captured, you can fight the boss map.

You can at any time ascend to the world map where you can unlock new zones to fight in. Each zone usually unlocks a new mechanic / building (like the desert unlocks wells) and other buildings will unlock as you play through. Everything you need will unlock within the map it’s needed in.

The tower defense game isn’t too challenging and even if you lose, the game will dynamically lower the difficulty (per the game dev on Steam). The important thing to note is that wood is a finite resource and you can delete buildings to recover wood, which is super important.

To win almost every map, be sure to have defenses on all incoming lanes. Even if you take a lair out, enemies will still spawn. It’s better to build everything closer to your town and expand out as it’s going to give you a nice core defense. The garrisons and towers are going to be your core defensive buildings and things like traps help take some of the pressure off of them.

You can build out to the other lairs and expand your defense as wood comes in, but don’t build too far out. Remember to use your abilities (you can summon a powerful avatar that can take a lot of pressure off) and fly through clouds to regain energy.

So key tips are:

There isn’t a lot here, it’s all basically skill based. I suggest running through the level as fast as you can on the long maps. You’ll hit some stop points with dragons or other mini-bosses, but you run less risk of getting damage from the enemies who run through the background. Later stages with lots of ground traps make this strategy more difficult and require more intention as you move through the level.

You can’t swim, so watch out for water levels. It just lowers your fall speed.

Make sure to use your shield to block fire / arrows and you can charge your weapon up (by holding the attack button). There is a back dodge, which is just a bit clunky but is useful for the larger enemies that can smash their hands down. You can back dodge while using the shield.

The overworld maps become easier as you fight lairs, which upgrade your health and mana pool. As you progress through the game you’ll unlock more powers than just the arrow (which can shoot up).

If you find a checkpoint, you can die immediately and resurrect at it for full health and 3/4ths of your mana.

Worst case scenario with this game, you can do like we did in 1990 – if it’s giving you too much trouble then whip out a game trainer and pretend like it’s a game genie all over again. 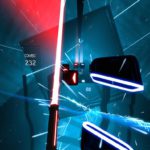 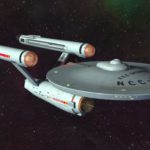