When you play Star Trek Online, you get an option of characters to play at the start. One of the choices is between three different Starfleet factions. This can be confusing, so we’ve broken down what the major differences are and the pros and cons of selecting between them.

Differences Between Starfleet, STO and Discovery

Not a lot! All three merge into the same continuity after they finish the starting story arc. Here are the major differences:

DO NOTE! All three end up in the same place. The major differences are literally small – warp/transporter animations, sound effects, flavor text and race restrictions. If you pick any three of them, you’ll be at literally the same point as any other.

This one is simple – it’s the default option. Large race selection, standard tutorial, you get a Miranda class ship at the end. Nothing else special. 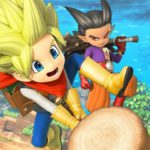