The Typing of the Dead: Overkill Guide

Want to master your keyboard and the zombie apocalypse? Check out our guide down below.
April 24, 2019

Back in 1999, Sega made headlines with the release of the highly debated The Typing of the Dead. This “edutainment” title allowed arcade players the ability to use a keyboard to fight zombies in a modified version of the classic arcade game House of the Dead 2.

After becoming a great success, Sega eventually released The Typing of the Dead: Overkill on PC in 2013. Now the classic typing simulator is starting to get attention once again. With that in mind, we have produced a quick guide to help players make it through this zombie infested title.

How to Choose a Target

As this game is all about typing, you only have to start typing the appropriate word in order to focus on a particular enemy. That being said, there is a strategy to choosing the order in which you take on your undead targets.

You should take on all targets starting with red ones and moving your way down to the grey enemies. You can only be attacked by a single enemy at a time, which allows you to have significant control of the game’s pacing if you choose your targets wisely.

There are three different kinds of pick up items within The Typing of the Dead: Overkill. In order to obtain a pick up item on screen, simply press the tab button. Here is a quick look at all of the different items you will come across.

A health pack will heal 3 life bars worth of health. However, it is important to note that you cannot be overhealed. An example of a health pack can be seen illustrated to the right.

The Slo-Mo Power Up is quite a useful tool. When activated, the power up will greatly slow down time. Consequently, you will have far more chances to take out any nearby targets before being attacked. An example of a Slo-Mo Power Up can be seen to the right.

There are four different kinds of collectible items within The Typing of the Dead: Overkill. There are poster, vinyl records, comic books and figurines. Netting them all will earn you 2000 points and will unlock bonus content. Check out what each collectible looks like within the illustration provided above.

How to Unlock Hardcore Mode

However, things are not all that bad. No matter the difficulty, players do not have to worry about upper case letters, special symbols or spacing. The game fills those in for you. However, there is a final difficulty that trumps all three of these.

The final “Hardcore Mode” is unlocked by beating the story mode on any other difficulty. In this version, there will be the added challenge of spacing and punctuation. Beyond that, making an error during a phrase will reset your progress and replace the phrase with a new one.

How to Use the Workshhop

The Typing of the Dead: Overkill has a rather unique feature on Steam, being the workshop. Through this tool, you can add your own custom words and phrases to the game. Here’s how it works.

The workshop tool can be found within the “Tools” section of your Steam library, once you have purchased The Typing of the Dead: Overkill. Once you have opened the workshop, you will be able to see any custom items you have added to the program. From there, the custom items can be published publicly, privately or made available to your friends.

In order to make a new item within the program, you only have to hit the “New” button. After finishing the new item, simply hit “Publish” to add it to your collection. From there, make sure to subscribe to the new item so that it will appear within your game.

Next, boot up The Typing of the Dead: Overkill. Go to the “DLC Dictionaries” page under “Game Settings.” From here, you should be able to select your new workshop items.

Now that you have a firm understanding of the game’s basics, here are some last minute tips and tricks to help you stay alive in this zombie infested title. 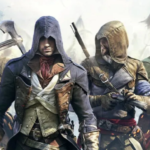