Having the right weapon at the right time isn’t always possible in a randomly generated loot crawler like Minecraft Dungeons. That’s alright though, there’s plenty of all around weapons that will knock your enemies off the map and take down even the toughest bosses on the highest difficulties.

If you’re wanting to know what are the best weapons in Minecraft Dungeons are along with their special abilities then look no further: 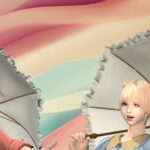