Who needs cheap scares or blood and gore when these games creep you out with just atmosphere!
March 19, 2019

If you’ve been around the video game block long enough you know that video games can be terrifying, the ways that developers push the bounds with horror games these day can be amazing, but the important word there is CAN. For every Bioshock there is a thousand garbage Five Nights at Freddie’s ripoffs that just throw a slightly creepy visual at you with some loud noise and quick movement and they expect you to be scared every time the same animation happens. Boring, boring, boring. Sure it catches you off guard the first couple of times but after that it just kinda wears you down and you miss the good ol’ days of Silent Hill 2 or Resident Evil, but every once in a while there comes a game that manages to do something special. This list is celebrating the games that can provide that creepy, eerie feeling that horror gamers know and love but without any real jump scares and that don’t rely on gore to scare you.

Now if we are talking unique Gone Home is genuinely one to mention. Even though the game very specifically says that there is no real “fighting” or “gameplay” and that it is basically a 3D interactive novel it still manages to provide that creepy factor that we’re talking about, every corner and clue instills this horrible sense of dread that the developers lied and the monster is right around the corner. The basic premise is that you arrive home in 1995 after a year abroad to find your home completely empty and you have to discover what happened, seems simple right? This game is a masterclass in atmosphere, and while it isn’t necessarily meant to be a horror game, it did have you on the edge of your seat the entire time waiting for the change to come.

While there have been many weird, strange or horrific moments in the decades-long Final Fantasy series the one that stands out the most to us is Final Fantasy VIII. Infamous among the fanbase as being the creepy black sheep of the franchise, this classic JRPG features some of the scariest scenes in a FF game to date. Not to mention multiple disturbing dream sequences, unsettling character designs and some of the most horrific story implications pretty much ever in gaming, yet it somehow still doesn’t even break into the controversial top three.

I would like to state that any of these next three could have taken the top spot and that I will very specifically state why A was more appropriate than B at every step. You don’t have to agree but I wanted to make sure that was clear first.

Oh, I can already feel the salt on this one. Undertale, the video games darling, one of the most beloved games of the past decade and I gave it the bronze. Oooooooh boy. Well, there is one reason, and one reason alone that I put Undertale at number three and that is because much of the creepiness of this game can be avoided. If you are unaware Undertale is marketed as an RPG where you don’t have to kill anyone, and that’s totally correct if you want you can finish the game without any murder, maiming, or killing of any sort and that’s all well and good but if you take that route then you miss much of what makes the game such a definitive experience. It is the much-feared Genocide run that brings to light the extremely dark and evil side of this game that would easily pop it right at the top but considering that the player is always aware that the game can get dark and isn’t just exposed to this horror that it just misses the mark on this list.

Now we come to the grandfather of the previous entry, the JRPG that Undertale pulled much of its inspiration from Earthbound (or Mother 2 if you are from Japan). Now you want to talk about a slow descent into madness then you need to pick up a SNES or a SNES Classic and play this game, what looks like a pretty average group of kids running around the neighborhood quickly becomes a dark, creepy, confusing and all around disturbing alien invasion story that somehow becomes creepier and creepier the more the ordinary looking town becomes twisted and the further down the rabbit hole you go. As for creepy character designs go look up the final boss and then get back to me, there is something about the bright almost uplifting exterior of the game that makes the horror of the other parts so creepy. There is an almost Uncanny Valley feeling towards the end of the game that makes you feel like everything is just………. off, in a nearly unexplainable way that keeps so many amazing fans hooked.

1. The end of any early Kirby game

Picture this; you’re a kid in the year 2000, your mom finally bought you that cool game on your N64 with the pink balloon guy on the front, the game is called Kirby 64: The Crystal Shards. You spend hours collecting every single one of the 74 shards in the game and finally beat the final boss when suddenly the Fairy Queen that you had been helping turns out to be possessed with this horrific one-eyed monster with evil angel wings that shoots blood tears at you and that you have to shoot in the eye to try and defeat it. Can you feel the strangeness of it all? This was the trend of basically every classic Kirby game; the joke final boss gets the script flipped by the horrifying and disturbing secret final boss. That alone though isn’t what lands the Kirby games at the top of this list though (which I recognize is a bit of a cop-out, but I do think they deserve to be on here). The two biggest things that land them at the top of this list are the story behind the bosses themselves and how they change how you look back on the games. You can’t beat the secret boss of a Kirby game, the horrifying creatures that attack with adorable-as-hell minions of darkness and look at the rest of the game the same way again. The real and true number one reason though is when you look at the anime Neon Genesis Evangelion, many comparisons have been made between the Final Bosses of the Kirby games and the “Angels” of the anime but what many people don’t take a step further and realize is that is because they are based on the same source material, The Bible. What is fascinating is the description of some of the angels in their traditional teachings, and supposedly as the Angles were closed to god, they became less of the “dude with angel wings” that we know now and more abstract. I highly recommend that you look for these descriptions because I cannot do them justice, but many of them may seem familiar if you are a fan of the Kirby games.

So those are my top five picks for this Creepy games list, did I miss your favorite? Do you think I should rearrange them? Let us know in the comments below! 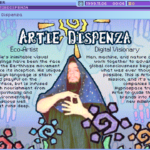 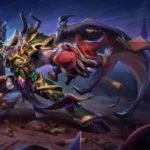