Here are some cards you are going to want to keep in mind during the current meta.
June 30, 2019

The highly popular competitive card game Hearthstone received a new expansion titled “Rise of the Mech” in June 2019. Since then, players have been experimenting and strategizing new tactics for the game’s ever changing meta. Out of all of the recent updates and expansions, there are five cards that still stand out.

Whenever you are playing Hearthstone, you are going to want to keep an eye out for these cards.

Once you’ve drawn this card and are ready to unleash it, Blastmaster Boom will release two 1/1 Boom Bots for every bomb you have placed in your opponent’s deck. Once you’ve generated a sizeable number of bombs, this card can be absolutely devastating.

You are going to want to fully utilize your mech synergies when playing a warrior if you want to take advantage of this card. That being said, the Omega Devastator can help you clear out major threats from the board. Better yet, you should be able to draw the card rather quickly. After all, warriors often have many chances to “discover a mech.”

In the end, this card is a cheap and easy way to bring some real muscle to the board.

Five-mana minions have not seen much love since the dawn of Hearthstone. That being said, there are exceptions.

Zilliax is incredibly strong thanks to the mech-heavy meta right now. However, Zilliax can serve a purpose without the meta too.

The healing and removal effects offered by this nifty mechanical creature make Zilliax phenomenal for any deck.

All you have to do is log into Hearthstone by July 1 to get a free, golden SN1P-SN4P. Consequently, you will likely be seeing a lot of this card moving forward.

Thanks to that nifty Echo feature, this card is great to play during the early stages of the game. With time, the card will only become more powerful. The card’s Deathrattle effect also ensures that there will be fodder for your other cards’ Magnetic abilities.

It is the year of the bomb right now and Dr. Boom is leading the charge. The crafty mad genius has managed to dodge being nerfed so far, but who knows how long that will last. For now, Dr. Boom is a great addition to any mech deck. 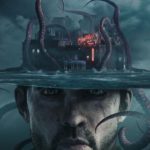 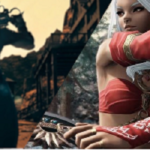