Having trouble in Sekiro: Shadows Die Twice? Check out our guide to up your game.
April 6, 2019

From Software is taking the world by storm once again. The creative minds behind the Dark Souls and Bloodborne series, From Software has since released the equally challenging new title Sekiro: Shadows Die Twice. If you are having trouble getting through this highly challenging game, do not worry. Check out our top five tips for playing Sekiro: Shadows Die Twice down below.

There are a bevy of bosses in Sekiro: Shadows Die Twice. There are certainly bosses you must face in order to move forward with the narrative. However, there are also many optional bosses within the game. If you are having issues with a boss, don’t simply proverbially beat your head against the wall. Rather, change direction.

Far more often than not, you will be able to simply back away from the boss fight and further explore the map until you are ready to return. Farm for skill points, explore the map for new enemies to train against or check out our guide here to see where to find all of the shinobi tools to help you in combat.

One of the best experience farming methods is made available once the Ashina Outskirts become unavailable due to an aggressive presence. Starting from the Old Graves area, make your way across the nearby bridge.

After crossing the bridge, you will come across a Juzou the Drunkard enemy. Defeat the enemy and then descend the nearby stairs into a courtyard. There will be a nearby tower that you can scale.

Once atop the tower, look across the cliff edge to discover the Outskirts Wall – Stairway. There will be a save point nearby that you can use. It is vital that you save here, as you will return to this point later.

Near this idol you will find a samurai and a small band of footsoldiers that are each worth a hefty sum of experience. Farm the enemies and then use your homeward idol item to return to the Outskirts Wall — Stairway to respawn your foes.

Another great farming location is near the Feeding Grounds idol in Fountainhead Palace. You will need to kill the enemy relaxing near a broken bridge in order to get experience. Return to the Feeding Grounds Idol after defeating him to do the whole thing all over again.

Do not underestimate the stealth mechanics within Sekiro: Shadows Die Twice. You can often kill enemies in a single blow when ambushing them from stealth. Consequently, getting the drop on your foes can be paramount for success.

You can hide in tall grass and hug nearby walls to stay out of your enemy’s vision. After all, you are a shinobi warrior within this game. Use stealth and general gorilla tactics to your advantage, just as shinobi warriors once did.

Sekiro is rather nimble compared to many of his enemies. That being said, The Wolf is seemingly still not that tough to hit.

Sekiro’s hit box actually extends some distance past his silhouette. There may be times that you feel confident you dodged an attack that clearly struck you. It’s not just you. Sekiro’s hit box is larger than it looks.

There are four ending to Sekiro: Shadows Die Twice. Consequently, there are a few things you will have to do if you are looking for a specific conclusion to your journey in From Software’s latest title.

Largely considered the “bad” ending, this finale is also the easiest to achieve. If you simply blunder through the game, Owl will eventually prompt you to adjourn to the iron code and defy Kuro. You will then face two different bosses, which will conclude your journey.

When prompted by Owl, you can also choose to defy Owl. If you have not completed the appropriate side quests, then you will face Owl and defeat him before facing a final boss outside of Ashina.

When prompted by Owl, defy him and stay with Kuro. After defeating Owl, return to Kuro and eavesdrop on your ally. Next, talk to Emma. After agreeing with her, rest up and then meet her at Old Grave.

After this interaction, track her down at the Dilapidated Temple. Eavesdrop on her talking to the Sculptor. You can then confront Emma, in which case you will be granted a bell.

Use the bell to unlock an area of the Hirata Estate. After a mini-bosses, you will be able to venture forth and fight Owl one last time. After defeating him again, simply continue playing the game until you have your final boss fight in the Silvergrass Field.

This ending is largely considered the “best.” However, it is also the most difficult to achieve.

This time, visit the Divine Child at the Hall of Illusion. She will then task you will completing a series of tasks. Do as she asks.

Return to the Inner Sanctum once all of that is done and visit the Divine Child once again. This time around, she will give you the Frozen Tears. After completing this, obtain the Dragon Tears by defeating the Divine Dragon in Fountainhead Palace.

After this, you can simply progress through the game until you are given the opportunity to give Kuro both the Frozen Tears and the Dragon Tears. 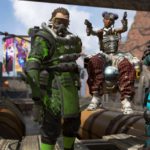