It’s not secret that Warhammer 40K: Darktide is based heavily on the Left 4 Dead franchise. The developer, Fatshark, has a history with emulating the franchise in Vermintide and continues to do so in the future grimdark WH40K: Darktide. In emulating the franchise they’ve brought back one of the infamous “group gotchas” the Witch. This time though, they’re called a Daemonhost and do about just the same thing mechanically: wipe your party.

There’s very rarely a reason to defeat them beyond contracts and penances which you should aim to do in a group of other players with the same goal as you so that you can gather the right party, clear the are out around the Daemonhost and then fight it properly without worrying about losing the mission.

When you’re just running a mission though and there is no objective for it then there is no reason to mess with it. Much like in L4D, you can avoid it and absolutely should. They spawn in areas most frequently out of your direct path and like Witches they’re very much you almost need to be absolutely intentional with aggroing them to get them to come after you.

Sneaking Past the Daemonhost

You’ll want to keep your sound on at all times so that if you hear a character call out the word Daemonhost then you’ll know what you’re up against. Work with your party on figuring out where it is if you can; if not look for the floating enemy that’s just sort of idling and floating with lots of glow around it.

There’s only two ways to aggro it, one is to get too close to it and the other is to aim a torch at it, i.e. a weapon with its light on. The surefire way to ignore the Daemonhost and move on is:

If you do all of that, then you should be golden and avoid fighting it all together. This means your team is better off fighting future battles and you don’t have to deal with the mechanics that require a special party setup.

It’ll attack one player and then quickly burst them down to 0, followed by a second player who it will quickly burst down to 0. When it has finished both, it’ll teleport away and you’ll be left with two players down (or possibly fully downed) and tons of corruption.

You can defeat it with a balanced party and having an Ogryn initiate the combat, playing very defensively while the rest of the party bursts it down. You’ll need to have cleared most of the area out though, snipers and gunners can just make the entire ordeal wipe your party. 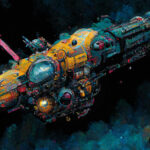