Anime voice actor Vic Mignogna has been cut from his role in popular show RWBY. Rooster Teeth released a statement on their website saying “Effective today, Vic Mignogna is no longer a part of the cast of RWBY and Rooster Teeth is ending all associations with Mignogna. This will not affect the creative content of RWBY.” There have been sexual harassment allegations popping up, but Rooster Teeth didn’t announce any reason for cutting its ties with Mignogna.

Mignogna is being accused of homophobia and inappropriate, unwanted physical advances on females at fan events. Mignogna has been accused by many who have met him at conventions. There are even stories of Mignogna dealing with underage girls. These allegations first came to light on social media, mainly through Twitter, and have quickly snowballed. Fellow voice actors are backing up these fans and showing their support on social media as well. Rooster Teeth is the first production company to make a move against Mignogna, and who knows how many will follow suit. The veteran actor has voiced several high profile animes, such as Fullmetal Alchemist and recently voicing Broly in Dragon Ball Super: Broly.

Mignogna has denied the claims on Twitter, but has laid low since. He has said the claims are false and has apologized if he ever offended anyone.

Behavior that he is described of exhibiting is unacceptable, especially in the “me too” era we are in. Allegations like this can be career-ending. I’m not saying he’s guilty, time will tell what’s in store for Mignogna, but it isn’t looking pretty. He has recently cancelled public appearances and it looks like his defense strategy is to play it incognito. While everyone has heard Mignogna’s voice for years, social media now lets the everyday people have a voice as well. 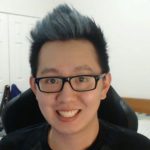 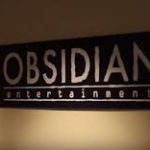