Fans of the Bayonetta series were recently blessed with news that the third game in the exciting trilogy should hit store shelves sometime later this year. That being said, with the game now in the final stages of development, longtime PlatinumGames creative member Yusuke Hashimoto has departed from the company.

Bayonetta is a hack-and-slash adventure game developed by PlatinumGames and published by SEGA. The original title was released for Xbox 360 and PlayStation 3 back in 2010, having been met with generally positive critical reception and a quickly growing cult following. The title’s eponymous character uses a variety of supernatural abilities to dispatch evil through an intense and fast paced narrative of action.

Fast forwarding to 2017, Bayonetta 3 was officially announced with no release window in sight. As reported by GameRant, Senior Product Marketing Manager Bill Trinen spoke on a recent edition of the Nintendo Power Podcast. During the podcast, Trinen confirmed that Bayonetta 3 is now set to release in 2019. However, there has potentially been a bit of a change in the creative team at PlatinumGames for the final leg of the title’s development.

Check out Yusuke Hashimoto’s original statement down below.

“This tweet will be a little more personal than usual. Yesterday, January 31st, was my last day at PlatinumGames. The memories I made during my 13 years at Platinum, working with dozens of talented individuals on Bayonetta, Bayonetta 2, and Star Fox Zero, are priceless to me. Let me take this opportunity to share my thanks with anyone who has worked with me, supported me, or played my games. I hope to take the experiences I gained at Platinum and use them on whatever I work on in the future. Thank you again.”

It has yet to be confirmed if Yusuke Hashimoto was involved in the development of Bayonetta 3. However, with Hashimoto’s lengthy experience within the franchise, it seems unlikely that PlatinumGames would underutilize the creative veteran as a resource for the project.

Hashimoto was also a director for Star Fox Zero. Before joining PlatinumGames, the creative veteran was an employee for Capcom. There, Hashimoto contributed to household titles such as Resident Evil and Devil May Cry. However, Hashimoto’s experience seeps much deeper than two of Capcom’s most popular titles. 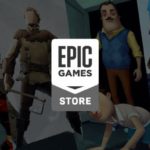