The Latest Kingdom Hearts Leak May Lead to Massive Changes

Kingdom Hearts has become a household name to the gaming community. That being said, the beloved franchise can fall victim to leaks just like any other. As far as series director Tetsuya Nomura is concerned, it might be time for some changes.

Just last month, four copies of the long awaited Kingdom Hearts 3 were sold ahead of the game’s intended release. Publishing titan Square Enix has since been working hard to drown out any leaks concerning the game. However, Tetsuya Nomura is seemingly still concerned.

Kingdom Hearts 3 will be released worldwide on Jan. 29. Speaking with Famitsu, Nomura revealed that he is reconsidering permitting worldwide retail releases following the recent leak.

While an official statement has yet to be made by Square Enix following Nomura’s statement, it would appear that the Kingdom Hearts series director is not too happy with their worldwide release model. For all things video games, stay tuned to GameTruth. 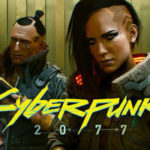 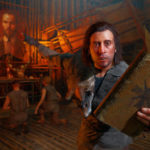