iTunes is not dying anytime soon – at least the windows app isn’t. While you may see many outlets report that iTunes is now dead and gone and wax poetically about the app going to the wayside, what isn’t reported often enough is that the windows client isn’t going to change. There is not going to be a split of any functionally out of the app immediately and it’s business as usual.

The answer to this question was revealed within an Ars Technica interview with the following quote:

Apple says users of iTunes under Microsoft Windows will not see any changes. It won’t be broken up into several apps; it will work just like it does now.

So there you have it if you’re curious about if iTunes for windows is going away or whatever the answer is no. If you’ve got a Mac that’s on “Catalina” then iTunes has already gone bye bye for you. You’ll have Music, Podcasts and TV apps to replace iTunes and your iPhone management will occur within the “Finder” app where, when you click your device you’ll be given a similar interface that you had within iTunes.

In some other quick answers to some big questions – your libraries aren’t going anywhere, you’ll still find them in their appropriate apps on Macs and in iTunes. Any music you bought is still yours – Music isn’t a streaming only service. Audiobooks go into the Books app as well, so again everything that you’ve purchased is still yours.

CD rips are safe as well. While you have to sync items to your phone, you can still rip CDs with the Music app. My PC doesn’t have a CD player so like, I didn’t know people still did that but I’m reading a lot of panic about it and it’s good to know that your CD rips are safe in the big iTunes change.

A lot of the discourse on social media has a lot of Apple users worried they’re going to lose their music and other purchases or won’t be able to manage their Apple devices on their PC, but like many of the tips in the 32 Tips to Avoid Propaganda / Misinformation article recently making its way through the net, we can all easily assume that Apple isn’t going to take away everyone’s purchases because they removed the iTunes app or PC users won’t have a way to manage their phones.

Apple is simply just changing the way iTunes works on Macs to be more in line with how it works on phones/tablets/Apple TV. Not a huge deal and nothing to worry about. While Apple may change the Windows iTunes app in the future, right now it’s the status quo. Even if they do change in the future, I’d strongly encourage to wait for Apple to explain the change before reacting to it. 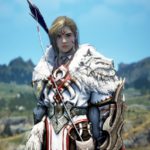 10 Big Tips to Being Better at Black Desert Online 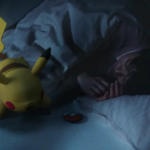