One of the most underrated games I have played in recent history is Batman: The Telltale Series. I loved the idea of a choice-based adventure for a young, inexperienced Dark Knight, and I found myself lost in the world of Gotham in a different way than I ever had before. However, I have never met another person who has played this game, and it makes me think I may be the only one who got to enjoy this excellent series.

As I mentioned earlier, the choice-based adventure concept was great for a Batman game. It was such a cool experience to be Bruce Wayne and make crucial choices and decisions that would hopefully be best for Gotham City. It made the player feel like they were Bruce Wayne himself and showed how tough it would be to be Wayne and make split-second, potentially life-altering decisions. There are also parts where you must choose between doing things as Wayne or Batman, and each has its advantages and consequences. It is a fascinating idea, and I struggled with many decisions on my journey.

To start off, the game is stunning. It looks like a comic book come to life. This visual style is something that I have never seen in a video game I played before, and I think it was a smart move. Some of the cut scenes looked marvelous and I found myself in awe at what I was watching on screen.

A great thing this series did was force you to play as Bruce Wayne. This is the first game I have played that honed in on as a superhero without the mask on. I won’t spoil things for those who haven’t played it, but Bruce gets thrown into some tough situations and you have to decide how he will react. Instead of like Batman, Bruce’s actions have consequences on his public image, and sometimes you have to make decisions that make others dislike him in order to keep Gotham safe.

The detective aspect of this series was cool as well. You have to scour the crime scenes and look for clues that will help figure out what happened. Next, you piece the clues together to replay what exactly happened before you got there. It’s something unique that shows off the detective side of Batman, which we often forget is a big reason why he is such a great superhero. He doesn’t have any powers, but he has incredible gadgets and is the world’s greatest detective.

I admit that combat was a little stale for me. Combat is basically mashing buttons or swiping a particular direction as they appear on the screen. It was a departure from the usual combat system I became accustomed to in the Batman Arkham series. The fights were fresh and entertaining, and you had to be extremely focused. However, they did seem routine, and I wish they could have stood out more and been unique. I understand this series was more about the story and less about physical combat, but it still would have been improved with more freedom in the combat aspect.

Another important thing the Telltale Series does deals with the characters’ relationships. Relationships with characters such as Alfred, Lucius Fox, Selina Kyle, and others are a key part of the game. Much like real life and in physics, every action has an equal and opposite reaction. The same goes for this series. Every action you take, the characters will react a certain way, and that impacts your relationship and future with them down the road. I find this so interesting and reflective of real life. Bruce Wayne makes mistakes in his decisions in this series, and there are serious impacts that he has to deal with. This game shows firsthand how difficult being Batman is and the toll it takes in ways we have never seen before.

Now I know that others have played and enjoyed this game since at the end of every episode it shows you what choices other players made and compares you to them (which is another excellent feature by the way). But I think people sleep on this series and that most gamers don’t even know it’s out there. It’s not like this series was heavily marketed, and I think even the casual Batman fan would enjoy it. If you like Batman and excellent storytelling with twists and turns, this game is for you. Don the cowl and lurk in the shadows as Batman, and put on that classy suit and take on the world as Bruce Wayne as well. Some of the choices you make will shock you. 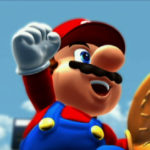 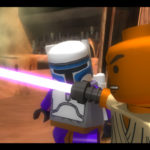