Every once in a while when snooping around for a new game, you come across a title that looks a little… different. Donut County is such a game, where it seems a bit quirky, but something about it pulls you into investigating whether it’s worth play, or simply what in the world you are looking at.

Time to Play the Donuts

Taking place in the humble setting of… okay, probably don’t need to say it, do I? Donut County follows BK the raccoon, and his friend, Mira the human, as they have inadvertently let loose a series of holes in the ground that can move around and are swallowing up the citizens of Donut (well, it was mostly BK at fault, and it was only sort of an accident). This leaves everyone in a frenzy as they and everything they own are being swallowed up by holes. So, you know, just your typical Sunday afternoon.

The gameplay consists of the player doing the most fun thing possible in such a situation: you control BK, the master of holes (but he swears it’s all on accident). You decide where the holes go and what or whom they swallow up. All of it is sent on a one-way trip into an underground cavern, where everyone is just generally upset with BK, the responsible party.

The mechanic is fun itself; I mean, could it really not be? This is your one chance to consume everything nearby as a bottomless black hole. The closest you’ll ever get to seeing that is if you were to bring a starving orphan with you to an all-you-can-eat buffet, which would be very kind of you (his name is Timothy, I’ve already arranged for him to wait for you outside the building).

So the game delivers on the base fun factor of its quirky, hole-centric hook, because it must be reiterated that swallowing things up into a hole is so enjoyable and scratches a certain itch in the human experience. However, there could still stand to be more depth here. Most of the levels vary in location, but not in mechanics or difficulty. Donut County is classified as a puzzle game, but the few puzzles that are here generally require minimal brain power. They more so just momentarily slow down your unstoppable thirst for hole domination and are not the core focus of the gameplay, which, as a “whole” (I apologize), will amount to approximately a two hour playthrough, though it can last a good chunk longer if you go at a leisurely pace to savor the game’s writing.

To that end, as fun as the hole action is, the shining element of Donut County is actually the writing. It’s a very comical, goofball of a game and embraces that fully through the backdrop of its zany story. Most notable is the charming character dialogue. If you don’t zoom past the conversations just to get to the gameplay, you’ll find it worth it, and might find that the in-game conversations made it worth playing alone. Destroying an innocent town is just icing. Or frosting.

So, that leads into my main take away regarding Donut County. The game is fun, sure, but it starts to become apparent that the gameplay is little more than a vehicle to advance the narrative. This isn’t necessarily a bad thing — some of the most critically-acclaimed, successful titles of the past several years could be described as narrative first and gameplay second. But here, it can feel more like playing a proof-of-concept if you start to get hungry for more layers. The game actually begins to deliver on that front toward the climax, which brings forth exciting ideas of how to use the hole mechanic for a potential sequel (which should probably be called Donut Country).

With a charming story driven by an inherently fun, if simple, gameplay mechanic, Donut County delivers as a humorous tale and a break from the usual. Due to its light-hearted but tongue-in-cheek nature and its easy-to-learn mechanics, it would also serve as an enjoyable way for a parent to spend a lazy afternoon with their child, if you have one of those things. Recommended for the wayward traveler who is interested in a light, quirky adventure through something a little different and a whole new kind of donut hole. 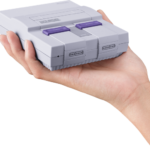 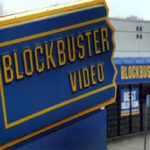