Meeple Station is a space station simulator that has been in early access for awhile and I figured it’d be good to give it a look now in September of 2019. Some of the early feedback was that the game was shallow and I think, from what I’ve played, that’s not so true anymore. Once your station is launched, there is definitely some waiting time before you can do “more” and that will likely evolve over time, but there is a lot to do in the game as is.

The gameplay is very in-depth at this stage of development for a simulation game. On the surface, it seems shallow, but ultimately more layers of the game emerge as you play it for any significant amount of time. The first thing you have to do is build your station with a limited set of resources (or spawn a pre-configured “good enough” blueprint which you can work off of). I like doing a mix of the good enough blueprint and adding more beds and expanding a bit at this phase.

Once you launch your station, you’ll then be given a set of Meeple, which I advise you to customize while you get the chance to build a good starting crew with a dedicated Miner, Janitor, Engineer, Refiner and Captain. That’s the dream team skeleton crew to make your station run smoothly.

One operational, the goal of the game is open ended, with the following task list available to do:

Operating the station is a challenge, unless you do some reading or play through the tutorial, as the game is both forgiving and unforgiving. You’re not in any kind of extreme crunch from the start – you’re given reserves full of water and power, but if you built your station wrong (i.e. airlock into the main section without bulkheads) or didn’t assign the right Meeple starting off, a cascade failure will start and you’ll lose. As you grow your station, you’ll have to make sure your Meeple that you keep onboard your station are worth the rations you spend on them.

Once you’re in simulation mode, a lot of people compare the game to Space Station 13, but that’s not so true. It’s much more like The Sims and Oxygen Not Included mixed together. You don’t control the Meeple directly, they do whatever they want to do while you can make suggestions or commands (i.e. mine this, refine that). You’ll work trading with nearby trading vessels, researching additional technology and building out your station from the meager beginnings.

Right now there is an engine to build that lets you move your station (although galactic travel is suspended at the moment) and ships you can construct, which require lots of resources, research and gathering while keeping your Meeple happy, not stressed and alive. That’s a lot to observe and manager, but the game also does a good job with the AI to have the Meeple take care of themselves.

You’ll need to research a host of new technology to get ready to build your second station, but you’ll also want to ready the station to defend itself (with shielding, weapons and better armor for your Meeple). This also requires more roles to have Meeple in, plus you’ll need security officers patrolling in the event a pirate ship docks with your station which trade vessels bring new Meeple every now and then. This is while making sure the Meeple are happy, otherwise they may leave your ship in some not so interesting ways.

If you play long enough, you’ll be able to expand and build multiple stations and trade between the two. Allowing you to maximize nearby resources and trade with each other using your ships that you build.

I would seriously compare this to the base game of The Sims 3. In the base game you can build a house, your sim can go on a career path, meet neighbors and do Sims things, but that’s it. There isn’t a ton of decorations, a ton of activities for your Sims to do and not much else. As more expansion packs are added to the game, your Sim can go to space, do magic and have a stable of pets. Right now, the more they add to the game, the better it’s going to get and the more depth there will be to playing.

I’m definitely excited to see where the game is in a year once you’re able to build lots of stations and trade effortlessly among them, more decorative items and more modules to do more interesting things and other fun traits.

Should you buy this right now? Well, I’d suggest definitely adding it to your wish list if you’re a fan of simulator games and keeping an eye on it for a sale or more updates. Is there enough game to play now? I’d argue yes, but you’d need to get past the early access trappings, lack of content and possible save game wipes between versions so that would need some dedication. There is monthly updates to the game, which looking at the history add lots of fun things each time – so if you love logging in each month to see what’s new that would also make this a worthwhile purchase.

Just ignore reviews from last year or very early this year, from watching YouTubes and reading the updates, it’s almost a new game compared to 8 months ago. You do get a $20 game right now that is fully functional with a good bit of depth and 20+ hours of gameplay out of the box. So that’s not too much of a concern. The early version didn’t have things like the ability to build multiple stations, venting oxygen around or the new UI or Meeple editor.

I’ve had fun with the game and again, just really excited to see where it is in the future. Something to keep an eye on for sure.

Game Truth received a free copy of the game from the developer. 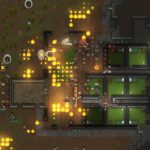 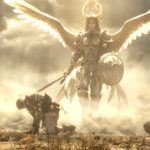