The most important parts of a PC build aren’t within the PC itself, but are the devices we use to interface with it and have some of the largest impact on performance. An old monitor with a low refresh rate won’t show the full performance of an RTX 2080 TI, while a mouse and keyboard are used across more than just games. That’s why it’s important to purchase high quality input devices and avoid some of the cheaper “sludge” I like to call it on Amazon.

A mouse is something that I use a lot, from clicking links on the Internet to pressing the pew pew buttons. Mice for me have crossed generations, my trusty MX518 lasting through Windows 95, then Windows 98 and into the Windows 7 era. At which point I switched over to the Razer Naga. I’ve never had a reliable Razer product and often had to RMA my Naga or just outright purchase one again due to my heavy use and this horrid double-clicking problem that they’d pick up. I normally blame myself and my overuse on the reason equipment fails, but a new one would start doing it a month out.

Enter the SteelSeries 700. Advertising a useless gimmick in the form of an OLED screen on the side (which I love me some useless gimmicks, it brings a smile on my face every time I see it and I just know SteelSeries is going to quit doing it at some point, but it’s still so cool), it’s one of the best built mice I’ve ever cruised across my desk. Reliable too, lasting past its warranty until it began to feel warm at the touch.

Which, SteelSeries replaced of me anyway with a brand-new SteelSeries 710 which is the same thing except a better sensor but when you’re at near perfection levels I can’t tell the difference. It’s not like I have some kind of like, GOSU skills that I can count milliseconds inside of my slow feeble mind.

This review is for the 710 but if you’ve found a 700 out there it’s basically the same thing. You’ve got two buttons on the top that click and click very nicely. The mouse wheel has a click to it which is very nice. You get another button on the top to change DPI if you’re one of those elite pros who need that. I don’t so I often rebind it.

On the side you get three buttons, which is overkill. That’s more than I can remember to use. I often use the side buttons for push to talk, so I can keep my hand on my mouse and glide my other hand across the keyboard in games without having to anchor to ctrl or alt or tilde. All the buttons work.

The main benefit is just how it feels in my hand. Comfortable rubber adorns the sides which keeps your hands from slipping as you move it around and the sensor is as accurate as my eyes can tell. I keep my DPI high so I can use as little movement as possible to throw the mouse across my screen. The SteelSeries software is unobtrusive and easy to configure.

The biggest advantage is that it makes me happy and I don’t ever sit and regret my purchase. I do that with some things and those are the things I usually try to avoid repurchasing in the future, but I really like my 710. It brings me joy and therefore gets to stay on the desk.

Quick note, it wouldn’t be fair to mention it also can vibrate. You can have it vibrate on clicks, on timers, etc. Pretty neat stuff. I rarely use it except for when I’m heavy in an MMO and really want a skill reminder.

You can buy the SteelSeries 710 at most places they barter in computer stuff. It retails for $99.99 but there are often sales. If you’ve got a high enough charisma stat, you can likely price match it to an online retailer in a brick and mortar store if you’re impatient and want to run it and buy it.

How To Survive in Oxygen Not Included 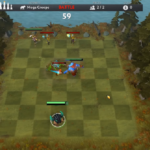