I can honestly sum this game up in a few quick sentences. Do you love Rick and Morty and don’t mind VR click to teleport mechanics? Then purchase this game – you’ll be happy that you did. It runs great, at least for me on my PC and it’s hilarious. I mean just outright hilarious and somehow, a silly game like this makes choices you make matter more than any other game.

Early on you’re tasked by someone to kill a few enemies who are harassing him. Once you’ve helped him, he grants you the power to double jump. If you go behind him and kill the enemies there, he will freak out and start crying. When you run into him later, he will still be upset with you. The joke continues from there.

Choices matter in this rather short but hilarious romp through what by all accounts is a Rick and Morty inspired world hop. Each world is built around a limited theme and some random task assigned to you. You’ve got a few major components mixed into a single game:

The only negative part of the game is that it’s VR only and that you have to use the VR jump to move system even without a VR headset. Even though it is VR only, it doesn’t use touch controllers at all – it just translates them into regular controllers. This comes off as “let’s make this easy to port to PS4VR” and just I don’t know, is frustrating at first. Which is why I’d recommend only playing in VR and with a regular game controller vs. motion controllers.

The humor though, is very much like South Park or Beavis & Butthead or Rin & Stimpy. It’s very adult oriented, not at all for children. There is a censor option to take some of the foul swearing out of it, but it’s still a really adult game. Which to me is nice. It’s good to get a vibrant bright colored cartoony world where it’s adult themed without implying lewdness as the “adult” part. I found the game very tasteful.

That’s pretty much it – if all this sounds good, go throw some cash down and get to playing. If you’re off-put by a more adult version of Rick and Morty or if Rick and Morty bothers you then I’d avoid this title. It is very thick in the Rick and Morty style jokes and much of the game is just literally set inside the world of Rick and Morty, just without the titular characters. 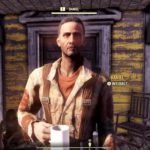 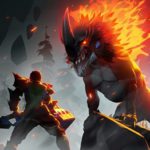 Dauntless Guide: How to Get the Godhand Exotic War Pike