Hopefully they'll be able to right their ship.
March 2, 2019

This is satire. If it’s something you can believe, that speaks to BioWare’s problems eh

Bowser move over, BioWare is attempting to find someone internally to promote to CEO named Sovereign, to bring forth their powers to help save the studio after yet another flop has been released. Anthem, their first original IP since Dragon Age, has flopped because everyone on social media has said it has. Previous games, such as Mass Effect Andromeda were on sale for $9.99 shortly after release, being a game that was similar to the Halo games that didn’t have Master Chief, but with the trappings of a numbered Halo game.

Nintendo recently promoted Bowser to rule over Nintendo of America, dethroning the bad meme that was Reggie, in order to instill an iron fist rule over the corporation. Hopefully, Sovereign, if they can find one, will come forth to save BioWare from itself and make it stop releasing bad games or at least let us choose from three bad endings.

Previous flops include Mass Effect 3 which was generally a decent game until the original ending felt like drinking orange juice after brushing your teeth. Then the Dragon Age games are basically an acquired taste, some people like them, some people like them all and some just can’t get into them. Then there is Star Wars: The Old Republic (SWTOR)….

SWTOR is to BioWare as the Elder Scrolls Online and now Fallout 76 is to Bethesda / Zenimax. The Elder Scrolls Online and SWTOR are both profitable (last I asked) and doing well, with large healthy communities that are well funding the games. Why make new Knights of the Old Republic if you have a game that’s generating revenue on that theme? Why make a new ESO game or be in a hurry to when you have one already out? The same is true with Fallout 76, although it would be easier in my mind to see them fall back and try to release a real Fallout game to recoup from the flop that was, again, according to social media which we all know we must believe.

Hopefully the new CEO, if they can locate one, will be able to give them some hot advice like don’t make a bad Mass Effect game, you know, like play it. Play it after playing Mass Effect 2 and ask yourself – is this good? Similarly, to Anthem, maybe when you see the Internet explode over your pre-release scheme and the fact the game crashes or does some glitch every 10 seconds as reported by… everyone on social media, you might want to delay launch and eat that PR mess over releasing and having everyone throw their controllers down day one.

That’s just my opinion though. I hope them the best. If they fail to find a Sovereign, maybe they can find a Master Li from Jade Empire? A total left field play. Yeah, that’s right, Jade Empire was the third to last new IP for BioWare, coming shortly before Mass Effect. Shadow Realms was gonna be a thing, but that got canceled. 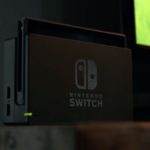