Update in 2022: I’d like to note that this is still relevant, however, the 2022 verified fiasco made it where there were points where you could pay $8 to make yourself verified to talk about games you didn’t buy.

Twitter is the land of a lot of opinions. I mean a lot of opinions. In 2007, on another website, I wrote that Twitter scared me and it still does in many ways. However, did you know that your opinion of a video game on a third-party site can easily be had without ever making a purchase? You can go on Twitter, right now and complain about Fallout 76 or whatever the flavor of the month game to hate on without ever playing that game.

Which is different, then say an Amazon review or Steam review that shows that you’re a verified purchaser. On Twitter, you can unload the “salt” in every direction on every game from the comfort of your limited character count while the public and other media sites collect those opinions to justify even more opinions. This works, both for praise and for negativity, but it’s often used as a weapon by people to unleash upon the world their fury.

Twitter isn’t a litmus test of public opinion of actual players, it’s simply a litmus test of the public. A lot of the public doesn’t like online gameplay or gameplay with others beyond their co-op friends. I was in a Monster Hunter: World game today where someone just went off on voice while I joined their party on an SOS call (where you ask other “hunters” to join your group and help you). I mean, for the entire time I was essentially carrying him and his friend through the hunt, he kept screaming that he can’t believe someone joined his game.

He fainted twice, in a “three times and you fail situation” and was still upset that another player dares venture into his co-op experience. Someone who doesn’t like multiplayer games aren’t going to like something like Fallout 76 especially if they loved the single player game. There is a lot of anger right there just on fundamental game mechanics. Literally, the game mechanics fundamentally likely source a lot of rage.

That’s not to take away from problems that Fallout 76 or Atlas or other games have right now, but it’s to call out the fact that there is truth and then there is perception on social media and it’s up to each individual to take their feed and really weigh the opinions. This isn’t just applicable to gaming, this is applicable to everything on your feed.

Social media is still very new. Ten years ago, in 2008~2009, mobile phones were just becoming a thing. I remember my T-Mobile G1 from back then, the first “smart phone” offered by T-Mobile. It replaced this weird chiclet phone that you could load mp3s on and had a pretty orange stripe on it. Back then, while social media existed, it was still developing. It’s still such a new thing for our race, for us Humans, to deal with that the consequence of what’s occurring isn’t known still.

It’s why you have to take it on yourself to really think about, is this legion of salt just people mimicking what their glorious Twitch streamer that they subscribe to has told them or some other influencer who has “influenced” them, or is it a real opinion? While I can’t really give you tips in regards to how you figure out what’s true and what’s not, usually thinking of the source can give you a strong taste of how much you should buy in.

Which, in of itself is a separate problem. Just as there are helpful souls sharing information about games they’ve never played, there are even more helpful souls trying to tell you who to and who not to believe. It’s my opinion everyone can figure that out. For instance, I could say “follow the opinions of people you know when those opinions align with what you believe of them” but that’s just asking you to assume things about people. No one can tell you how to do that.

In summary, think for a moment before you blindly listen to group sentiment. I actually like Fallout 76, it’s a fun game that I bought at around $35 and got more than my money worth out of it just exploring the world. It feels like a game where everyone commented endlessly that their favorite part was not even doing the story quests and explore the world, but when that is the entire game, I actually really dig it – but alas, this isn’t about Fallout 76 or any one game in particular.

It’s about trusting what you read and, you can’t always trust the people who wrote something on social media really actually are sourcing their opinions from a real game.

One final thing to leave you with, there is actually a really interesting correlation to this subject and say Yelp reviews. I’ve seen a business alienate a community, which floods in posting how the food was terrible, although the poster lives on the other side of the country, never has traveled to the state and is really doing more harm to society by lying about the food than to just leave the review ranting about whatever topic it is. 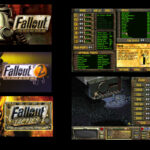