Crusader Kings II is all about politics and strategy, of course. But, there is a lot more to this game than the blatant Sun Tzu inspired tactics you see in your everyday strategy game. This game takes some serious finesse if you want to be victorious.

You will need to cultivate a powerful bloodline in order to secure your succession for your dynasty. Beyond that, you will need to secure a spouse with powerful titles so that you can properly grow your empire. Above all, you will have to learn how to garner large sums of money as you continue to weed out potential threats both inside and outside your own walls.

If you want to learn some powerful tips to improving your game, check out the list below.

There is more to victory in Crusader Kings II than world domination. If you want to win, you are going to have to manage your line of succession.

In order to make sure your dynasty stays intact, there are a few things you will have to do. The basic plan is to get married and then have children. Of course, it’s slightly more complicated than that.

Bury your spouse in gifts and other favors so that they will love you. This will increase the chances you can spawn children with that spouse.

If you cannot conceive children with your spouse, get your religious leader to approve a marriage annulment. From there, you will have to start the entire process over again with a new spouse.

The final step is the most important. You will need to change the succession laws within your nation. By doing so, you will ensure that your family dynasty rules over your kingdom for generations to come.

Crusader Kings II allows you to genetically evolve traits. You can do this by manipulating your bloodline, which can foster powerful traits such as Strong or Genius. However, it can also create negative traits like inbred.

The number one way to ensure powerful traits persist within your bloodline is to choose a spouse with good genes. However, this is not always the best option.

Choosing your spouse is an incredibly important decision within this game. You can choose a spouse with great genes if you want to boost your bloodline. However, you are often better off directly expanding your empire by marrying a spouse with impressive titles.

When given the option, always choose a spouse with titles rather than one with great genes.

3. If You Are New to the Game, Start as an Irish Count

When you begin Crusader Kings II, you can pick your title, time period and geographical location. By doing so, you can radically change the challenges and general difficulty of your playthrough.

For first time players, it is suggested that you begin the game as an Irish count. Choose the Stamford Bridge start date.

It will be relatively easier to move your way up through the ranks, as you will not have as many powerful enemies early on.

4. How to Gain Wealth

If you want to be victorious in Crusader Kings II, then it is paramount that you acquire vast sums of money. If you want to make some money, then you are going to have to tax your populace.

This game uses what is known as a “liege tax.” This tax is owed to the emperor by the emperor’s many vassals. Everyone from dukes to clergy will be paying forward into this tax.

In order to increase your taxes, invest in your infrastructure. By constructing and upgrading buildings, you will raise your maximum tax rate. This process occurs automatically over time, but can be hastened if you manually decide to intervene.

5. Having Trouble With a Rival Dynasty? Incite a Rebellion

Sure, rebellions are generally bad within your own kingdom. After all, infighting can quickly cripple your military power, leaving you vulnerable to attacks from your enemies. That being said, you can capitalize on rebellions if the variables are in your favor.

Maintaining control over your kingdom will mean maintaining dominance over rival dynasties within your own kingdom, as well as defending your kingdom from the enemies outside of its walls. If you are having trouble with a rival family, ensue a rebellion. This way, you can create a grand opportunity to neutralize them.

First, you will need to target an opponent you are sure you can win against. Then, unlawfully arrest their members whenever you are sure there is a low chance of success.

By repeating this process, your targeted faction will eventually form a rebellion and begin warring with you. After defeating the faction, you will be able to remove titles from their most prominent members. Next, you can pin those titles to one of the members of your own dynasty.

This way, your personal dynasty will grow in power within your nation while your rival families only weaken. 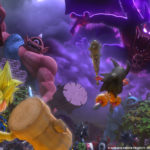 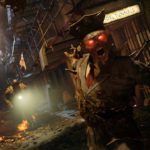