Bringing out the Pikachu from within
March 4, 2019

The immensely talented Ryan Reynolds is a great actor. He can do both drama and comedy and has played some significant roles over the years. However, no role he’s played before could have prepared him for taking on his most demanding part yet – Detective Pikachu. Reynolds says about the role, “You know, I lived it, I breathed it, I became the character. I spent the entire year as Detective Pikachu.” If he doesn’t receive an Oscar nod for this portrayal, I fear all hope for humanity is gone.

Reynolds recently released a YouTube video about becoming Pikachu, which you should definitely check out below. In it, he describes how he vanishes into his roles, like any seasoned actor aspires to. In fact, when he found out he got the part, he didn’t even pick up his daughters from school, because Detective Pikachu doesn’t know who they are. Reynolds went that deep with this portrayal, and that’s something that even the casual Pokémon fan can appreciate.

Being the voice of Pikachu is a once in a lifetime opportunity. Pikachu is a role that will be scrutinized by everyone if the portrayal is inaccurate. Luckily for us, Reynolds went all out for the part. Reynolds says he lived at the same height as Pikachu, which I think is a genius move by him. Changing his perspective and seeing everyone tower over him from Detective Pikachu’s point of view must have been a mind-changing experience. Seeing the world in the way a Pikachu does adds to the truthfulness in his performance. Reynolds even tried to lose over 180 pounds to match Pikachu’s weight, but doctors eventually intervened. It’s unbelievable that these doctors didn’t appreciate what Reynolds was trying to do. If there are any hiccups in the performance, you know who to blame. 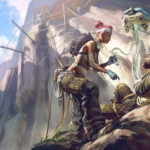 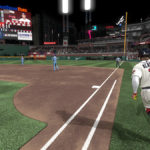