There is an upside and a downside to recruiting lords. However, it is almost always worthwhile to recruit them rather than ignore them.

Recruiting lords to your cause will greatly increase your chance to achieve victory. More allies means more power. That being said, you will have to give some of your lands to your lords if you want to keep them happy. Consequently, recruiting lords can be a costly endeavor.

Still, you should try bolstering your allies if you are finding things a little too difficult.

Marriage is complicated and the consequences can be dire. If you don’t seek permission from the family before courting the bride to be, then you’ll have to elope.

If you’re not of noble birth, you’ll need to grind to get into the feasts to even introduce yourself to these characters. That is only for males though.

Females simply need to find the lord they wish to marry and request to cement the alliance to their house. You’re not going to do this early in the game, as it requires building relationships with your future in-game husband. Do note that doing so will grant you vassalage in the faction he’s affiliated. That involves too large of a mechanic to discuss here, but it basically means you get their poorest village and their friends and enemies.

It seems obvious, but it is still a critically important tip. When you begin warring around within Mount & Blade: Warband, do not let your troops rush in chaotically. You are going to want to reign them in and order them accordingly. Otherwise, your enemy will easily be able to take advantage of the chaos and overwhelm your troops.

Once battle begins, double tap F1 to order your troops to halt. Then, press the backspace button to pull up the order interface. From there, you can delegate your troops to your will. You can move troops to advantageous areas on the map, or you can split them apart to form a pincer movement against your enemies. Whatever the situation calls for, make sure to take advantage of the command options to ensure your victory.

4. You Are Not Using the Lance Enough

Experience in Mount & Blade: Warband is based on damage dealt. Consequently, you are going to want to fight enemies from horseback. The boosted speed from the horse will help boost your damage.

To fully utilize fighting from horseback, you are going to want to use the lance early on. This weapon is one of the easier ones to use and will get you a bevy of kills early on in the game. After you’ve earned some experience, you can upgrade from the lance into something more your own style.

5. Want to Speed Up the Map? Don’t Worry. You Totally Can.

The map in Mount & Blade: Warband moves at a brutally slow pace. If you don’t want the map to eat up a chunk of your playtime, then you are going to want to listen up.

Many players will go hours and hours playing Mount & Blade: Warband without realizing that you can speed up the map. Luckily, it’s quite easy. The only thing you need to do is hold the Control and Space Bar buttons simultaneously. This will speed things up wonderfully.

Renown is incredibly important in this game. Consequently, you are going to want to remain in high supply at all times.

One way to earn Renown is to win lopsided battles that are not in your favor. This sounds difficult, but it is not always the case.

Grab your horse and lance. Then, go riding. Track down a group of bandits and begin circling them. Circle the bandit gang from far enough away that you can avoid taking damage from their archers, but close enough that the archers will try to hit you.

Keep circling around the bandits until the archers run out of arrows. Then, start picking off the bandits one by one with your lance. Simply rush in and strike a single bandit. Ride away and circle back. Then, rinse and repeat.

This process can seem tedious, but is an easy way to gain Renown. After some practice, it will likely only take a few minutes to wipe out a small bandit gang.

7. Keep Your Morale Up

Moral effects a number of things, including your soldiers’ likelihood that they will stand their ground in battle and your speed. If your morale gets too low, then your troops will desert you.

Once again, this is a factor that generally doesn’t go noticed until it is already too late. Boost your morale by providing a greater variety of food to your fiefdom and by winning battles for your people. Beyond that, make sure your companions are compatible with each other. If not, your companions can quickly tank your morality score.

8. Get Your Strength Up First

If you want to unlock high quality armor and weapons in the late-game, then you are going to need to meet each item’s strength minimum. In order to unlock all of the armor in the game and several high quality weapons, you will need to have nine strength. Make sure to get your strength score up so you can take advantage of all the game’s awesome loot.

At first, this score may seem irrelevant, as it only really comes into effect once it’s too late. Be proactive by regularly checking your score to make sure it doesn’t reach critical mass.

10. Keep Up Appearances Before Establishing Your Own Faction

There are three values you need to keep in mind before establishing your own faction, being Renown, Honor and Right to Rule. If any of these values are too low when you establish your new faction, then other rulers will classify you as a rebel force. This will lead to overwhelming conflict.

Try to boost these values to 50 before establishing your faction in order to avoid excessive conflict. 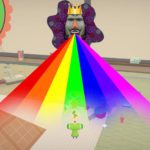