Trine 4: The Nightmare Prince features some mind-bending puzzles. However, the boss fights within the game are what have some players stumped. Luckily, they are not too difficult to defeat if you know what to watch out for.

Here is a quick breakdown of how you can defeat both the Cursed Knight boss and the Nightmare Wolf boss.

How to Beat The Cursed Knight

If you want to defeat the cursed knight, then you are going to have to master the boss’s three different phases. Luckily, they are not too tough to take advantage of.

There are two major attacks to look out for during the first phase of this fight. The knight’s quick attack consists of a burst of swift slashes with his dagger. The knight’s heavy attack is a sweeping slash with his sword.

Note that the knight’s sword slash has more range than his dagger attack. Consequently, you are going to want to keep your distance if the boss begins to use his sword.

Ultimately, you are going to want to leap over the knight whenever you can. The knight will then rush you, destroying part of the environment in the process. This will prove to bee a big mistake on the boss’s part.

Once phase two begins, you will have two new attacks to worry about. The knight will fire volleys of poisonous balls at you. Or, the knight will emit a shockwave.

The knight will telegraph the shockwave by first leaping into the air. Once the shockwave as been emitted, simply leap over it. The poisonous volleys must be deflected with your shield, allowing them to deflect backward.

Aim your shield at an angle so that the volleys can be deflected upwards, allowing them to strike the ceiling. This will destroy a portion of the ceiling, allowing another beam of light to creep into the room. Next, make your way to the beam of light and reflect the light with your shield.

The light will strike the knight, stunning him. Rush forward to deal another flurry of punishing damage. After the light dissipates, the final phase will begin.

Check out the video above to see these tactics in action.

The final phase will not include any new attacks. However, it will be a tad more complicated than the other phases.

Simply dodge the knight’s attacks until he begins flinging poisonous balls at you. Then, make your way to the left side of the boss and deflect the balls with your shield. Angle your shield so that the balls deflect upwards, striking the roots in the upper right corner of the ceiling.

This will cause a large stone to fall on the far side of a wooden plank on the right side of the stage. Next, leap onto the exposed portion of the plank. This will launch the large stone upwards, causing it to expose the final beam of light.

Once again, head to the beam of light and reflect it with your shield. After it stuns the knight, finish the boss off with a few final attacks.

How to Beat the Giant Nightmare Wolf

This fight is much simpler than the cursed knight. However, it is also more tedious.

In order to deplete the boss’s stun meter, you simply need to strike it three times. You can smash the wolf with a conjure cube or strike it with Pontius’s sword. However, it is easiest to simply hit the wolf an arrow.

Once the wolf is stunned, its stun meter will quickly begin refilling. Consequently, you will have to act fast.

The only way to actually damage the wolf is to stomp on its head as Pontius. After stomping on its head a single time, the wolf’s stun meter will refill and you will be back to square one. You must strike the wolf in this fashion six times in order to finish it off.

Offensively, the wolf will begin its offensive by attacking you with its paws. Large markers will appear on the ground to telegraph precisely where each paw is going to strike.

Wolfs will randomly be summoned, but they can be defeated with a few quick slashes from Pontius’s sword. After punishing the wolf with a few damaging slams from Pontius, the boss will begin summoning spirits.

These spirits will fire homing projectiles at you. After striking the wolf a few more times, they will begin hurling homing bombs instead.

Check out the video above to see these tactics in action. 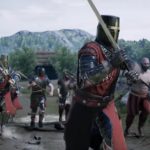 How to Drag and Accel in Mordhau – A Quick Combat Guide 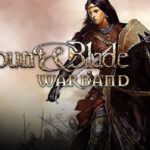