Ten Piedad is a challenging boss in an already quite challenging game. After all, Blasphemous can be brutal. That being said, Ten Piedad can certainly be beaten.

This boss has an arsenal of various attacks at its disposal, making this a somewhat complex boss fight. Still, you can defeat Ten Piedad with this quick breakdown of the boss’s move set.

Check it out below.

Ten Piedad will utilize a stomp attack quite frequently, so make sure to look out for it. The animation telegraphs the move well enough for you to be able to leap away before succumbing to any damage.

After the stomp strike, dodge the vine growths sprouting around you, leap forward to the boss and punish it for some quick damage.

The wild swing attack is not too tasking to deal with, as there are two different ways to dodge it. Consequently, this attack will only minimally affect your ability to continue attacking the boss.

When Ten Piedad outwardly swings his arms towards you, you can leap away to avoid the attack. However, you can punish the boss with some damage if you choose to simply leap over the swing attack instead. Of course, it may take some practice to get the timing just right.

As Ten Piedad’s health decreases, the boss will begin to shoot seeds at a higher rate. These seeds can be quite pesky.

First of all, the seeds will deal significant damage if they manage to strike you. However, they will also sprout into dangerous vines if they land on the ground. Once Ten Piedad begins firing these at a rapid pace, they begin to cause quite a bit of chaos.

Attack the vines that sprout from the ground while dodging the airborne seeds in order to minimize the chaos. You will simply have to bide your time and play defensively during this barrage.

Sometimes Ten Piedad will lift its arms into the air and slam them down for a brutal amount of damage. Even worse, vines will sprout out near the slam’s impact. As the boss’s health decreases, this attack will become more and more powerful.

Create some distance between yourself and Ten Piedad during this attack and, once again, bide your time.

Ultimately, your best time to attack will usually be after you dodge his arm swipe attack. That being said, this boss fight can be quite chaotic. So, do your best to play defensively and patiently wait for your openings.

Check out a successful fight against Ten Piedad down below. 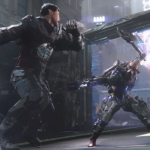 5 Tips to Staying Alive in The Surge 2 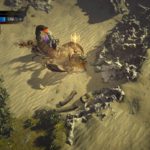